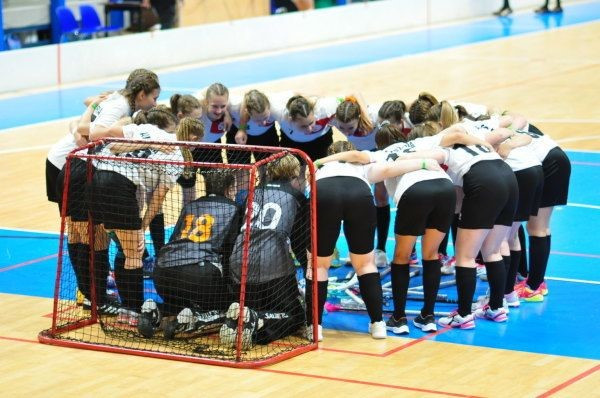 Russia and Austria booked their places at the Women’s Under-19 World Floorball Championships by finishing as the top two countries in the final qualification event.

Both teams featured as part of a five-team round-robin tournament at Lignano Sabbiadoro in Italy.

Russia won all four of their matches to top the standings, with Elizaveta Nadeeva top scorer with 10 goals.

Austria finished runners-up to clinch the second qualification spot, with Hungary missing out in third place.

The Netherlands and hosts Italy finished fourth and fifth, respectively.

Russia and Austria complete the line-up for the Women’s Under-19 World Floorball Championships, which will feature 16 teams.

Based on regional quotas, two teams from the Americas and three from the Asia Oceania region were also granted direct qualification.

The International Floorball Federation (IFF) has introduced a new format for the event, with 16 teams playing in one division.

Previous editions have featured A and B divisions.

The IFF say the single division will be split into four groups, based on a nation's ranking and a ballot.

Following the group stage, the fourth-placed team in the higher-ranked groups will play a crossover match against the top-placed teams in the lower groups.

This will provide an opportunity for two teams to move up or down the groups, rather than one under the previous system.

Only a team in Group A or B, where the top eight seeds feature, can win the title.

Sweden, Finland, Czech Republic, Poland, Switzerland, Norway, Germany and Latvia compete in either Group A or B.

The top nine finishers at the tournament will qualify for the 2021 event.

The Championships start at Uppsala in Sweden from May 6 to 10.