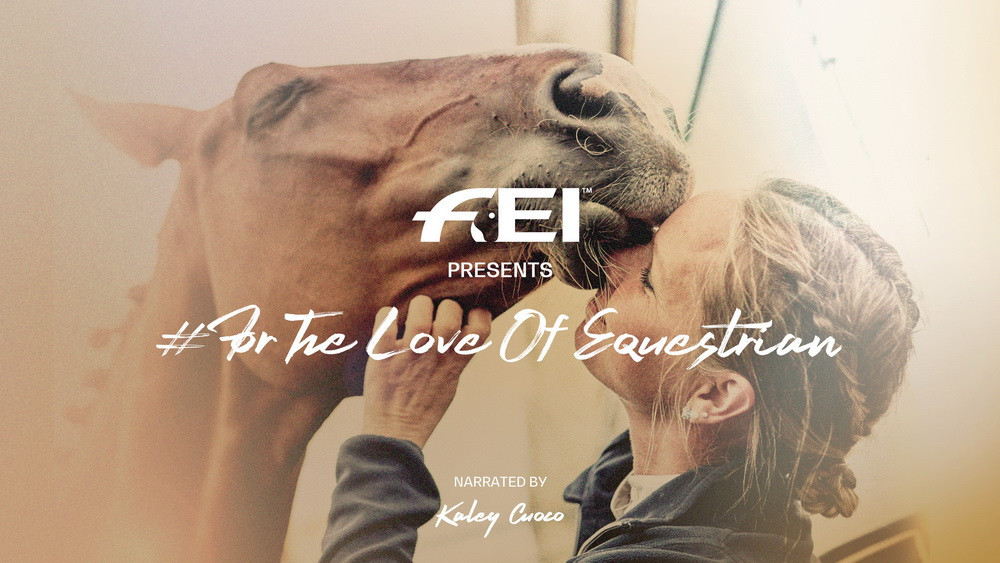 Actress Kaley Cuoco has shared her passion for equestrian by lending her voice to the International Equestrian Federation's (FEI) latest digital campaign.

Cuoco, most famously known for her role as Penny on American sitcom The Big Bang Theory, is also an avid equestrian and now narrates the For the Love of Equestrian digital campaign, celebrating a century of equestrian being a core Olympic sport.

Equestrian made its Games debut in 1900 in Paris, before disappearing until the Stockholm 1912 Games.

After the First World War it became part of the Olympic programme again when the Olympics returned at Antwerp in 1920.

In the video Cuoco, who has been riding since she was a teenager and is married to American jumper Karl Cook, said: "Why do we do it?

"Because it's the greatest feeling in the world, because it's a partnership like no other.

Scheduled to run over the coming months, the campaign features stories of those passionate about the sport and tales from elite athletes and their teams, speaking about the equestrian lifestyle.

FEI commercial director Ralph Straus said: "We made it our priority to engage with our community and have created a new digital campaign to celebrate all the positives that make our sport unique.

We do it for the love. The love of this life.

It's for the moments both big and small, the milestones and the memories yet to come. The feeling of belonging, of being a team. It's #ForTheLoveOfEquestrian ❤️

"We are a global sport but we are also a way of life.

"Equestrian events not only provide thrilling action for fans and spectators around the world, but equestrian sport is all about the connection and, whether we can be together or not, we wanted to make sure that with the launch of this campaign, we are helping to fill the void created by the lack of live sport during this difficult time."

FEI are also releasing a six-part series called Icons, showing some of the greatest moments of the FEI Championships in history with each episode focusing on a separate athlete.

Some of those include German Isabell Werth who is a six-time Olympic champion, as well as compatriot and European eventing champion Ingrid Klimke.

Icons will launch tomorrow and can be watched every week on FEI.TV.