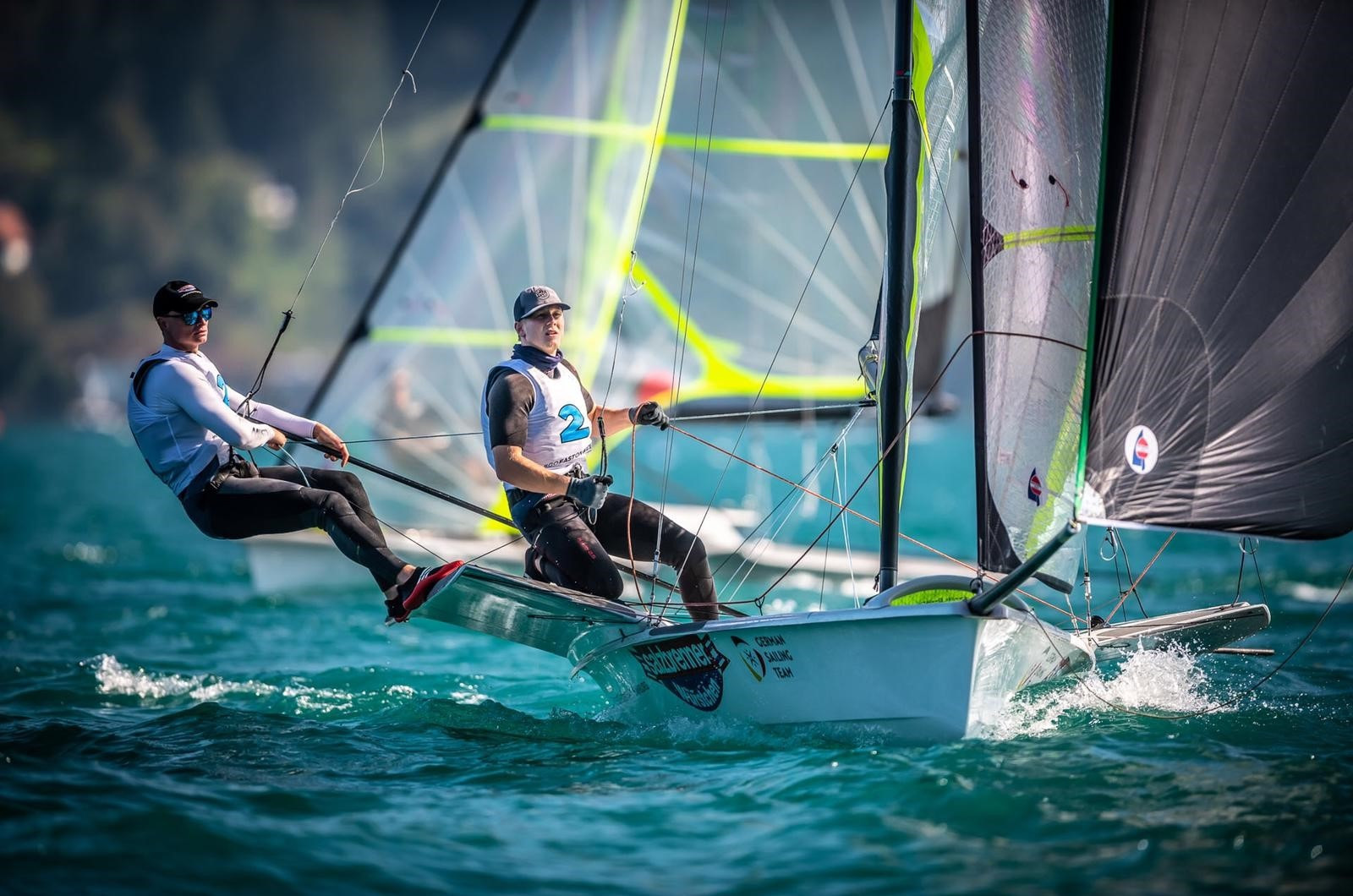 Germany's Tim Fischer and Fabian Graf and compatriots Tina Lutz and Susann Beucke were the respective winners of the European 49er and 49erFX Championships in Austria.

Their form slipped in the remaining two races, however, but their 13th and 11th place finishes were enough to give them a winning net total 60.0 points.

The 2018 world champions were disqualified from the opening race, with placings of ninth, third and fourth and a net total of 71.0 not enough for them to climb the standings.

Lutz and Beucke then continued the German gold rush in the 49erFX, achieving two second place finishes and 12th and 11th to triumph on 38.0.

Despite closing the gap during yesterday's competition, Helene Næess and Marie Rønningen of Norway could not catch the German duo after having a 20th place finish discarded and coming sixth, eighth and seventh to finish on 42.0.

Sweden's Julia Gross and Hanna Klinga were third on 52.0, having finished fifth, 11th, fourth and first.

Ruggero Tita and Caterina Banti of Italy broke the dominance of Germany, topping the Nacra 17 podium with a net total of 55.0 after coming sixth, fifth, first and fourth.

Completing the podium was another Italian duo, Vittorio Bissaro and Maelle Frascari.

They came fourth twice, first and seventh to finish on 62.0.