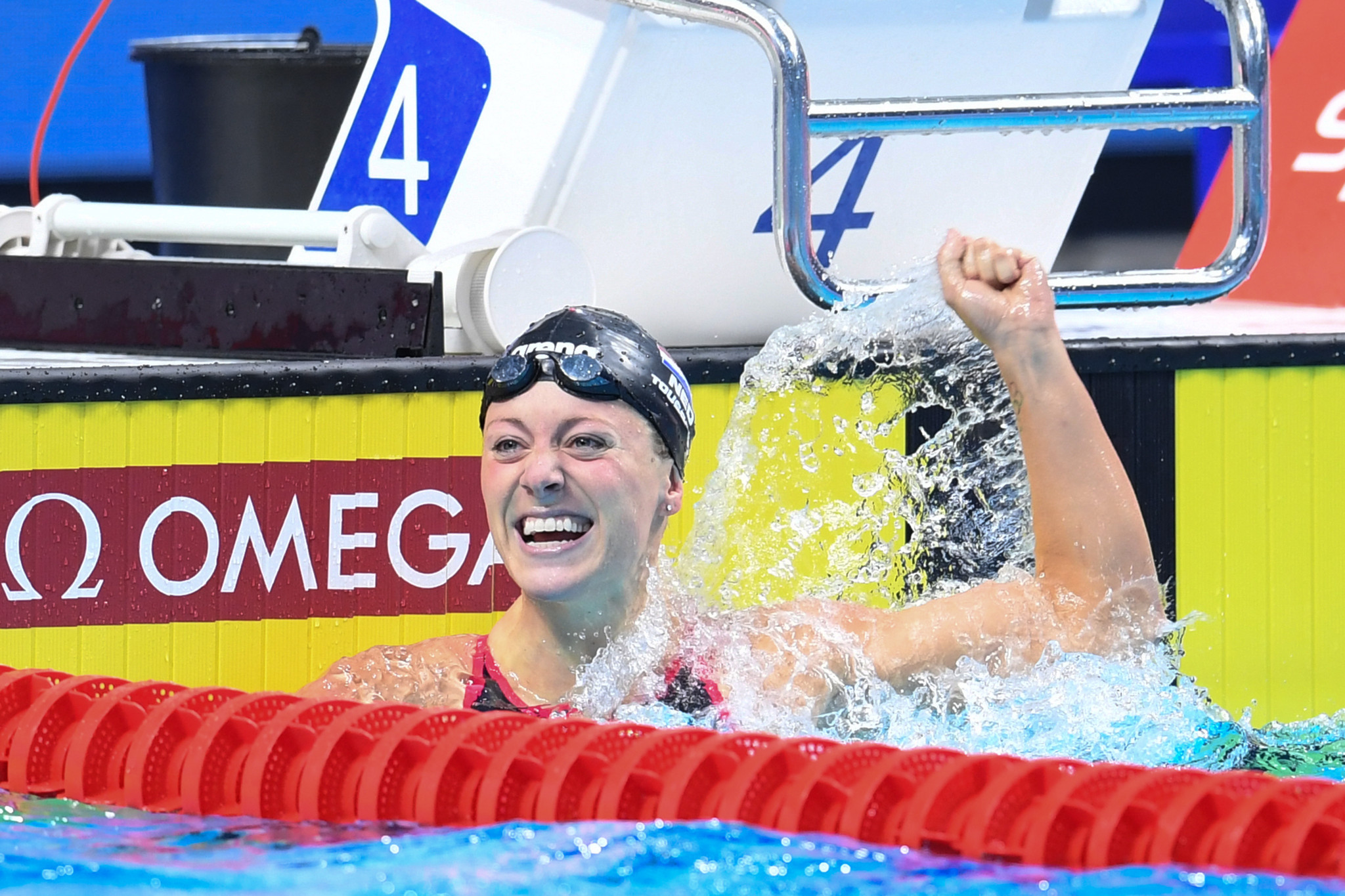 London Roar continued their impressive start to this season’s International Swimming League (ISL) by winning their first match of the season by 217 points.

A superb first day saw Roar open up a 97-point lead overnight and they picked up from where they left off at the Duna Area in Budapest in Hungary today.

Their tally of 609.5 points emphasised their dominance as nearest rivals Iron finished on 392.5 with DC Trident third on 350 and Aqua Centurions propping up the group on 344.

After sweeping the 50 metre freestyle events yesterday, Iron continued their fine run in the sprints with victory in the women’s 100m freestyle.

Ranomi Kromowidjojo was the winner in 52.00sec as Roar duo Anna Hopkin and Marie Wattel came second and third respectively.

DC Trident then registered their first victory of the day in the men’s 100m freestyle as Zach Apple cruised home in 45.70.

The women’s 200m freestyle was won by Iron’s Katinka Hosszu who finished in 2:07.04 – almost a second ahead of DC Trident’s Bethany Galat with Emily Large of Roar taking third spot.

It was then Roar’s turn to claim victory as Vini Lanza won the men’s 200m fly in 1:51.75. His team-mate Andreas Vazaios also got on the podium, finishing third behind Aqua Centurions’ Leonardo de Deus.

Lanza’s triumph was the first of a run of four victories for Roar as they continued their dominance in Budapest.

Their streak was ended by Iron as Marco Orsi saw off Roar’s Andreas Vazaios to win the men’s 100m individual medley in 51.69.

Roar did not take long to get back to winning ways as Marie Wattel secured the women’s 200m freestyle in 1:54.65.

This was then followed by a victory for Roar’s Duncan Scott when he won the men’s 200m freestyle in 1:42.74 – two hundredths of a second ahead of DC Trident’s Apple while Aqua Centurions Breno Correia came third.

Kromowidjojo was triumphant again in the pool, this time winning the 50m fly in 24.74 as her team-mate Melanie Henique came second.

Aqua Centurions Szabo then claimed the men’s 50m fly in 22.00 before Roar clinched back-to-back wins in the 100m breaststroke.

The mixed 4x100 freestyle relay was won by a DC Trident team consisting of Apple, Robert Howard, Margo Geer and Kylee Perry in 3:18.82.

They finished 0.26 ahead of Roar with Aqua Centurions coming home in third.

Hosszu secured her second win of the day for Iron as she kept her unbeaten record in the women’s 400m individual medley intact, winning in 4:30.52.

Iron then claimed a one-two in the men’s 400m individual medley with David Verraszto finishing in 4:04.25 ahead of Leonardo Santos in 4:07.90.

Roar then wrapped up the day with victories in the 50m backstroke skins with Kameneva taking top spot in the women’s race and Christian Diener winning the men’s competition.