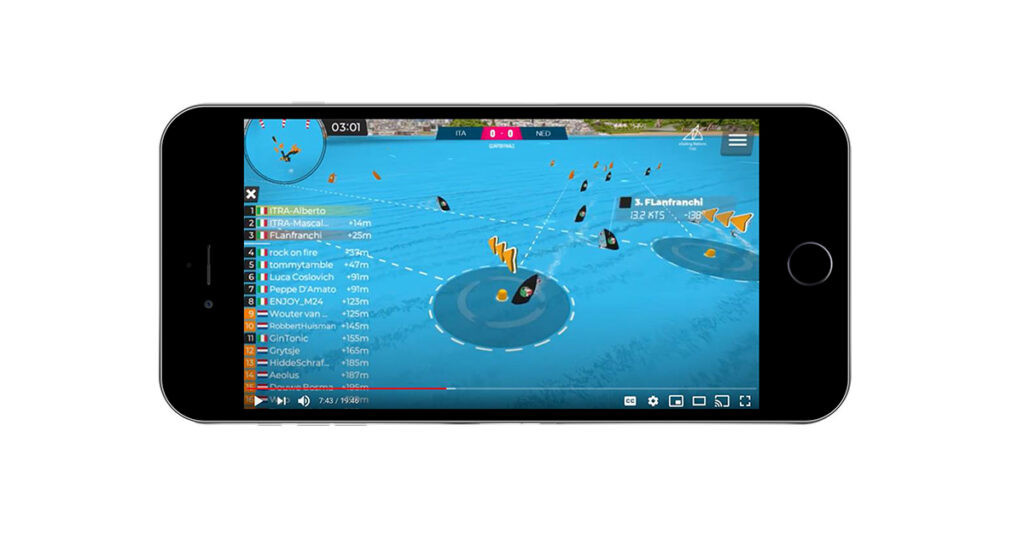 World Sailing's eSailing World Championship Final and the eSailing Nations Cup Final is set to be broadcast live on the Olympic Channel and on World Sailing's channels over the next two days, as the virtual season comes to a close.

Britain and Spain are set to compete in the inaugural eSailing Nations Cup Final tomorrow, which is scheduled to start at 9PM GMT.

Britain captain Mike O'Donovan and Spain captain Carlos Paz, will lead their teams of 10 in a best-of-nine race series.

These will feature different classes, fleet sizes and racecourses, with the best all-round team taking the first title.

The top eight qualifiers from the playoffs plus the eSailGP champion - which happened to be O'Donovan - are set to compete over seven races, concluding with the medal race.

"We are delighted to receive the support of the Olympic Channel to broadcast two huge eSailing events this coming weekend," said Scott Over, World Sailing's commercial director.

"Participation and engagement within the eSailing community continues to grow.

"We believe we are the first esport to be broadcast live on the Olympic Channel and their support marks another positive step forward for the global awareness of eSailing."

📢 It’s all over in the #eSailing World Championship PlayOffs 🎮 after three days of racing on @VirtualRegatta...

…and we have our top 8 finalists! Congratulations 🎉@EsailingTV takes us through all the action from the final day:

"Through our partnership with World Sailing, the global presence of eSailing continues to expand and grow each month," said Philippe Guige, founder and chief executive of Virtual Regatta.

"We are excited to be working with World Sailing to bring the eSailing World Championship and Nations Cup Final to the Olympic Channel and showcasing the discipline to their global community of sports fans."

Five nations will be represented in the eSailing World Championship Final including Spain which has three finalists – Joan Cardona, Cruzolator and "[email protected]".

France will have two representatives after "MCES valentinelisa" and "MCES pepitõ" qualified, while Croatia's "StipecoachCROATIA" and Turkey's Kaan Mazlumca will join them.

The final qualifier was Donnie Gillis from Britain, who joins one of his compatriots, Déjà Vu, who won the 2020 eSailGP title to automatically qualify for the final.

Only two of the eventual 2020 finalists were ranked in the top 10 prior to the playoffs, with defending champion Filippo Lanfranchi of Italy knocked out alongside bronze medallists from 2019 and 2018 – Luca Coslovich and Alessandro Merlino.

Two-time finalist LaMerNoire of France also did not make the cut.