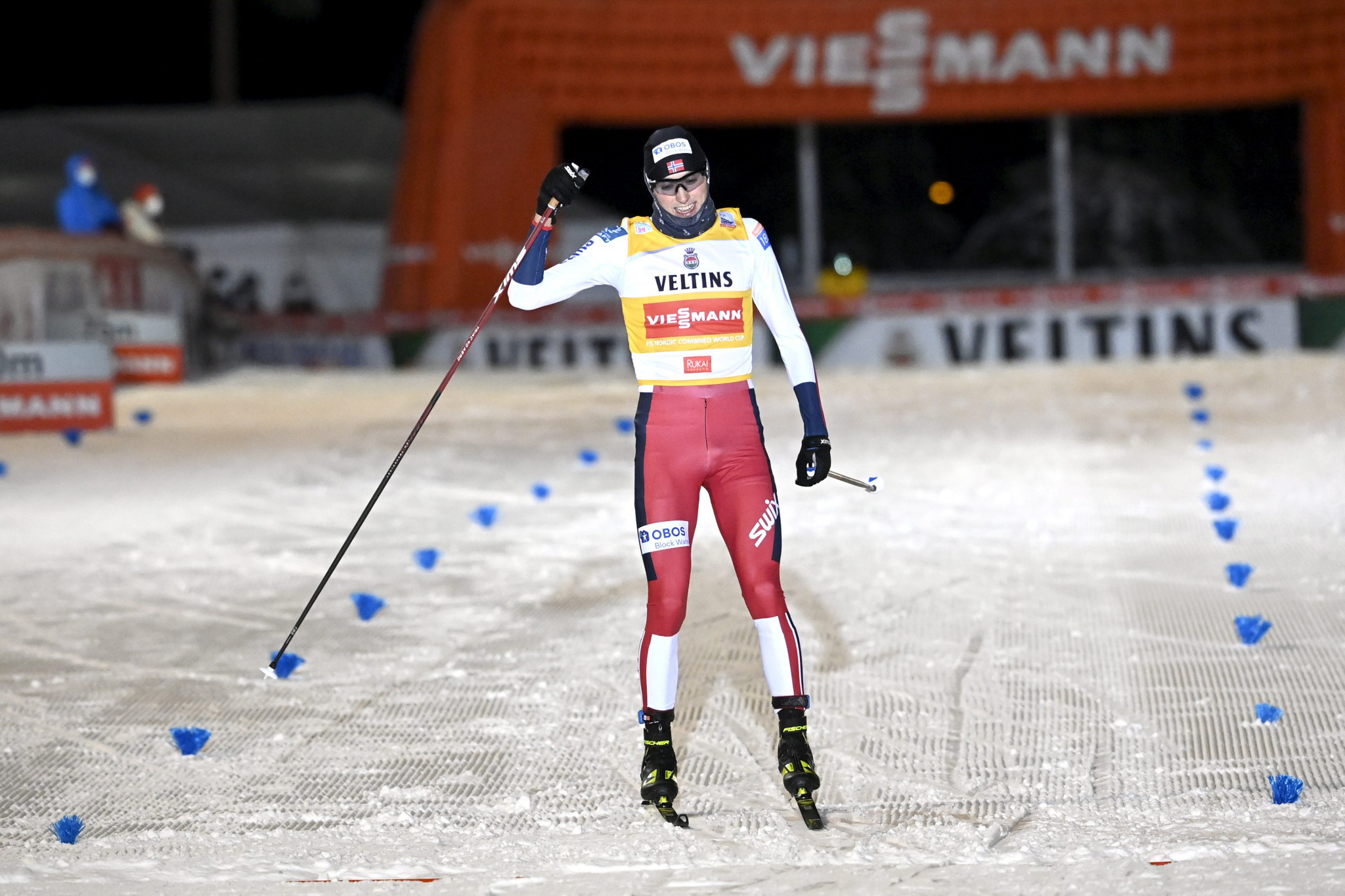 The Norwegian triumphed in yesterday's season-opener in the Finnish resort, although he had to overtake emerging Austrian talent Johannes Lamparter in the last stretch of the five kilometre cross-country race to do so.

He enjoyed a more comfortable victory in today's 10km event.

Riiber had the head-start going into the cross-country race, having scored 159.3 points in the ski-jump.

Akito Watabe of Japan was next after managing 155.7, while Manuel Faisst of Germany achieved 149.8.

Riiber, who triumphed in 14 of last season's 17 events, maintained his lead in the cross-country event to finish in 24mins 49.4secs.

Despite scoring 145.2 in the ski jump, Eric Frenzel of Germany overtook his opponents to come second in 25:39.5.

Watabe slipped to third after crossing the line in 25:40.8.

Competition in Ruka is set to conclude tomorrow with another 10km cross-country event.