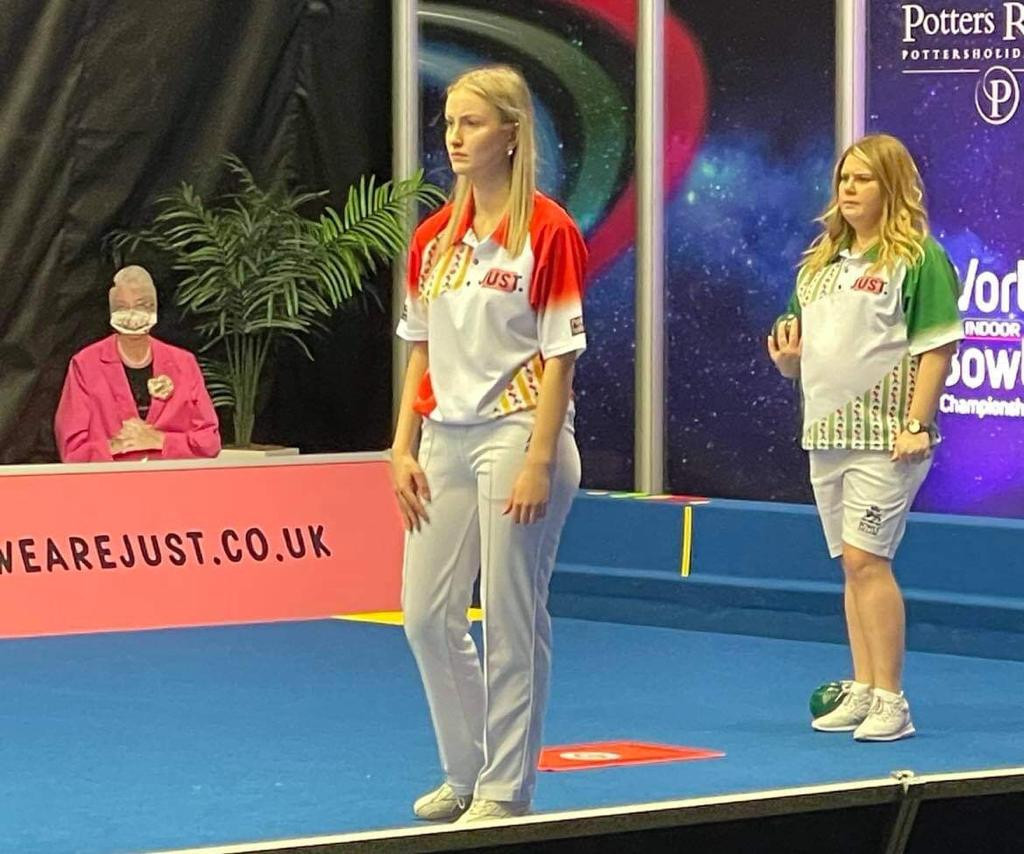 England’s Katherine Rednall will be aiming for a fourth women’s singles title after reaching the final at the World Indoor Bowls Championships.

Rednall, champion in 2014, 2017 and 2018, and who is currently seven and a half months pregnant, defeated 19-year-old Devon Cooper, in an all English affair at Potters Leisure Resort in Great Yarmouth, England.

Rednall comfortably won the first set 9-2 before claiming the second 8-4 to seal her place in the showpiece women’s match tomorrow.

It will be a busy day for Rednall as just over two hours before her women’s final she takes on Scotland’s Alex Marshall in the second round of the open singles.

Daniels took the opening set 8-4 before Willgress responded as she took the second set 8-5.

That took the contest to a match tie-break which Daniels took by two ends to zero to seal her place in the final against Rednall.

In the open singles, two-time world singles champion Stewart Anderson of Scotland was taken the distance in his second round match by Welshman Dan Salmon, before prevailing in a deciding end in the tie-break set.

Make sure when watching the @WeAreJustUK World Indoor Bowls Championships from Potters this week you look out for Virtual Mrs Potter.

Mrs Potter is a huge fan of Bowls but like the rest of us is staying safe at home and watching the Championships on the TV.#BBCBowls #AskCorky pic.twitter.com/zUe2FgWmRA

Salmon, who won pairs gold at the Gold Coast 2018 Commonwealth Games comfortably took the first set 9-4 before Anderson responded in set two winning six straight ends on the way to claiming it 9-2.

That took the match into a three end tie break where the scoring system changes to ends won rather than shots scored.

Anderson then claimed the final set to scrape through to the last eight of the open singles competition.

The day’s other open singles match saw England’s Jack Bird, conqueror of defending champion Robert Paxton in the first round, beaten by another compatriot in Simon Skelton, who won convincingly 8-5 8-3.

Bird started strongly in set one but Skelton scored heavily in the second part of the set and took it 8-5.

The second set was a closer affair but when Skelton scored a treble in the eighth end it sealed the match for Skelton who went on to take the set 8-3.

The final three matches in the second round of the open singles are scheduled to take place tomorrow, with the winner of indoor bowls blue riband event set to be crowned on Sunday (January 24).