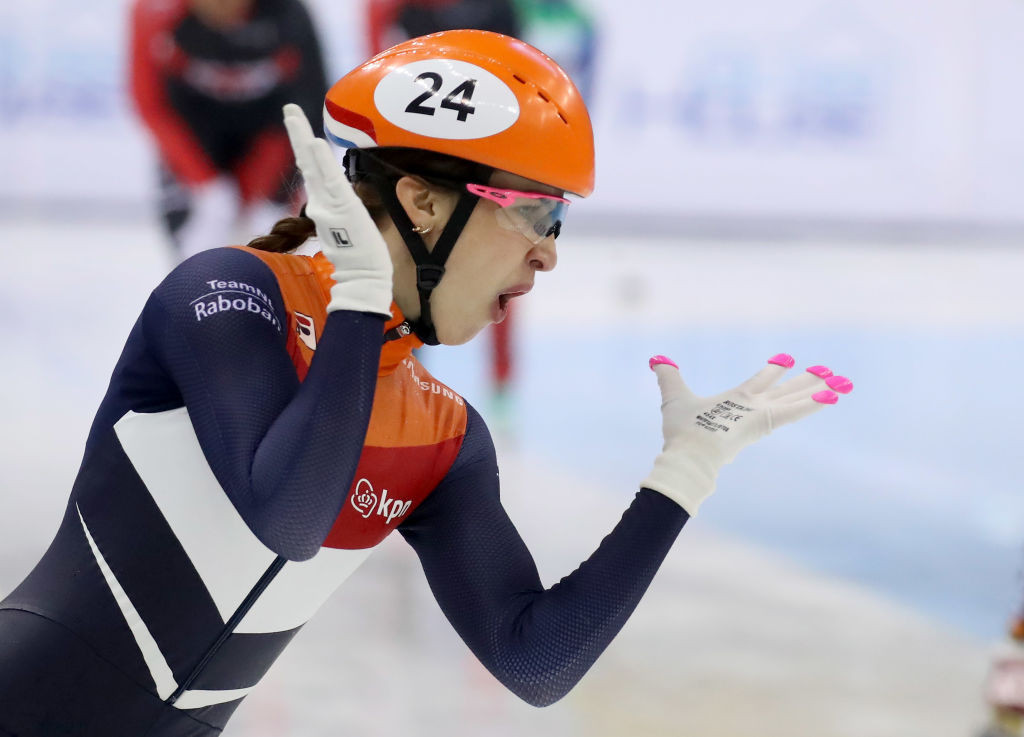 The Netherlands' Suzanne Schulting has defended her 1500 metres and 500m titles on day two of the International Skating Union European Short Track Speed Skating Championships in Gdańsk in Poland.

The Olympic and four-time world champion won her 11th and 12th European titles, firstly in the final of the 1500m.

Schulting claimed the gold medal ahead of Germany's Anna Seidel, who improved on her previous bronze from 2018 in the distance by winning the silver medal.

Later, Schulting made it two wins from two on the day, successfully defending her 500m title.

Natalia Maliszewska of Poland, who won bronze last year, was second and Dutch skater Xandra Velzeboer was the bronze medallist.

Last year's silver medallist, Martina Valcepina of Italy, was disqualified from the final.

Schulting wins her second European title of the day in the Ladies' 500m, with Maliszewska picking up a popular silver on home ice ?

In the men's 1500m, Semen Elistratov led a one-two for Russia, comfortably finishing ahead of Denis Ayrapetyan to win gold.

Dutch skater Sjinkie Knegt finished ahead of his team mate Itzhak de Laat for third place, meaning the whole podium was different from in 2020.

Another Russian claimed victory in the 500m - Konstantin Ivliev - spelling a successful day for the nation on the men's side.

Italy's Pietro Sighel won the silver and De Laat the bronze ahead of Israel's Vladislav Bykanov in fourth.

The defending champion in the distance, Shaolin Sandor Liu of Hungary, was knocked out in the semi-finals after a collision saw him drop to the back of the field.