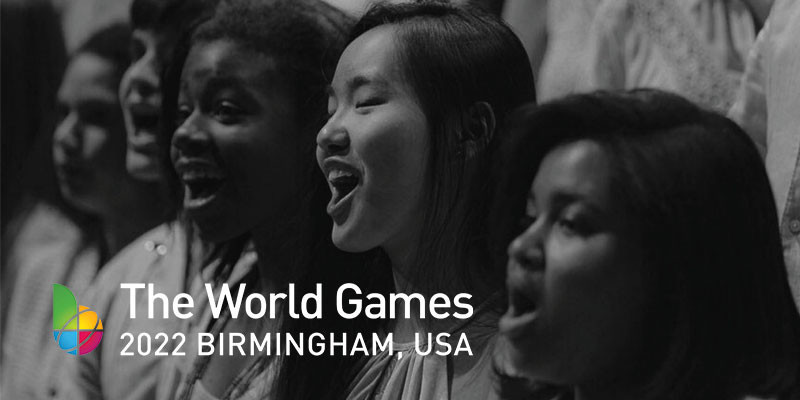 A search for young singers to form the World Games 2022 Youth Choir has been launched in Birmingham in Alabama.

The Choir will be comprised of selected 7th-12th graders from the Birmingham area that will perform at the Opening and Closing Ceremonies of the Games, due to take place next year between July 7 and 17 featuring 3,600 athletes competing in 34 sports.

The selected students will also have the chance to record the official theme song of The Games, composed by Henry Panion, III, Professor in the Department of Music at the University of Alabama in Birmingham and the artistic director of the 2022 World Games.

Also involved I the project is Randy Owen of the group Alabama, a country rock band that has sold more than 75 million records.

“This is an incredible opportunity to participate in this once-in-a-lifetime event,” Panton said.

“The wonderful talent of Birmingham’s youth will be showcased around the world on the global stage of the Opening and Closing Ceremonies, plus the World Games 2022 theme song.

“How exciting is that?”

Applications for the Choir opened on March 18 and are due to close on April 30.

Those selected to participate will be notified in May.

“The opportunity to engage our youth in this historical event is so exciting,” said Kathy Boswell, the vice-president of community engagement at Birmingham 2022.

“They will be part of the memories we all hold and treasure long after the Games are over.”

Rashada LeRoy, President and chief executive of LRY Media Group and executive producer of the Opening and Closing Ceremonies, admitted she is excited to see all the talented young singers who decide to audition.

“What makes Birmingham the ‘Magic City’ is the community,” LeRoy said.

“There are so many talented and dynamic youth who make our community strong and deserve to have their voices heard for the entire world to see.”