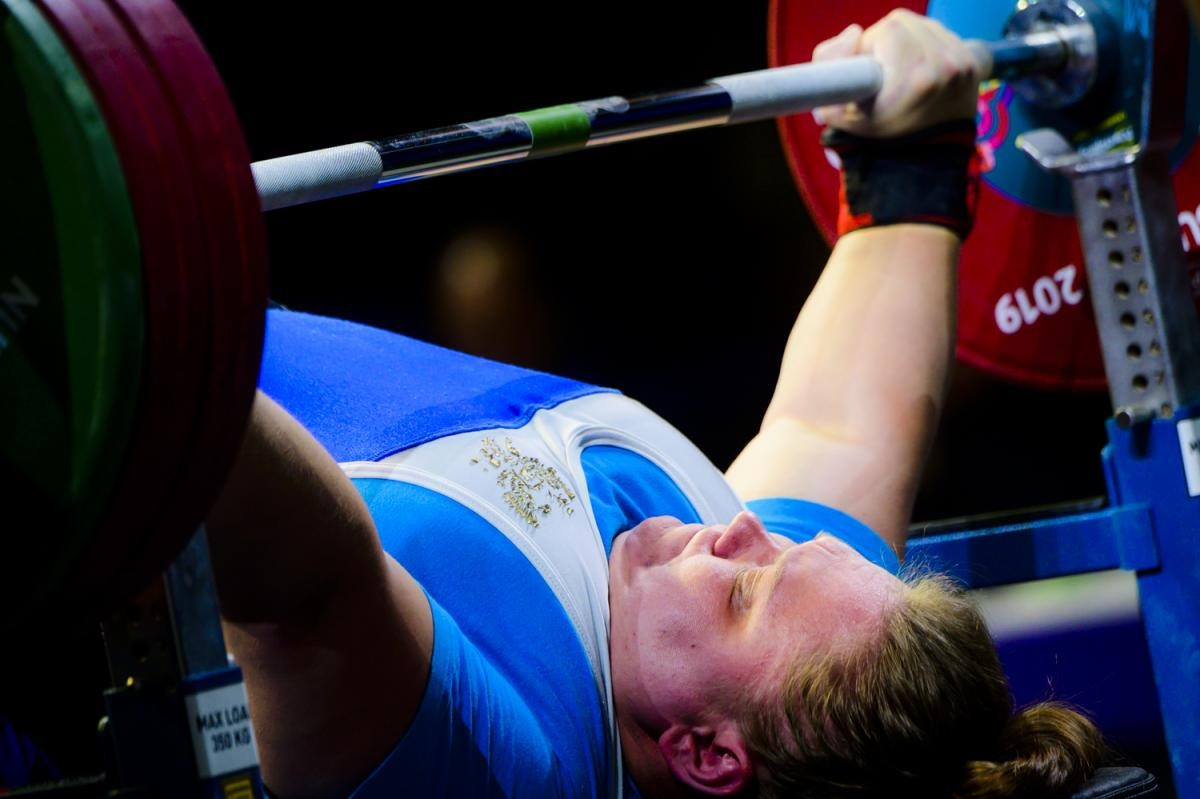 Russia's Vera Muratova set a new world record in the women's under-79-kilogram on day four of the World Para Powerlifting World Cup in Dubai in the United Arab Emirates, on her way to the gold medal.

Rounding off the day, Muratova was a clear winner, lifting a best of 143 kilograms ahead of China's Zheng Feifei on 132kg.

Her lift was better than the previous world record, set by Bose Omolayo of Nigeria whose best is 142.5kg.

Nataliia Oliinyk of Ukraine came out on top in a close contest for the bronze with a lift of 130kg.

Egypt's Amal Mahmoud and Maria Antonieta Ortiz of Chile were within three kilograms of the Ukrainian, finishing fourth and fifth.

Malaysia's Bonnie Bunyau Gustin claimed the gold medal in the men's under-72kg category after lifting a best of 221kg.

China's Hu Peng and Nnamdi Innocent of Nigeria finished second and third respectively with lifts of 214kg and 213kg.

Egypt's Rehab Ahmed then claimed the women's under-50kg gold medal by a single kilogram, holding off China's Hu Dandan with a best of 115kg.

Anastasiia Mamadamirova of Russia similarly claimed bronze by the finest of margins, with a lift of 99kg, ahead of Loida Zabala Ollero of Spain.

Finally, in the women's under-55kg, Nigeria's Onyinyechi Mark won the gold medal in a tight contest between the top four, claiming gold with a clear attempt at 126kg.

Mark was just short of her junior world record of 127kg.

Besra Duman of Turkey and Russia's Tamara Podpalnaya were close behind on 123kg and 121kg respectively, while China's Xiao Cuijuan was fourth with 118kg.