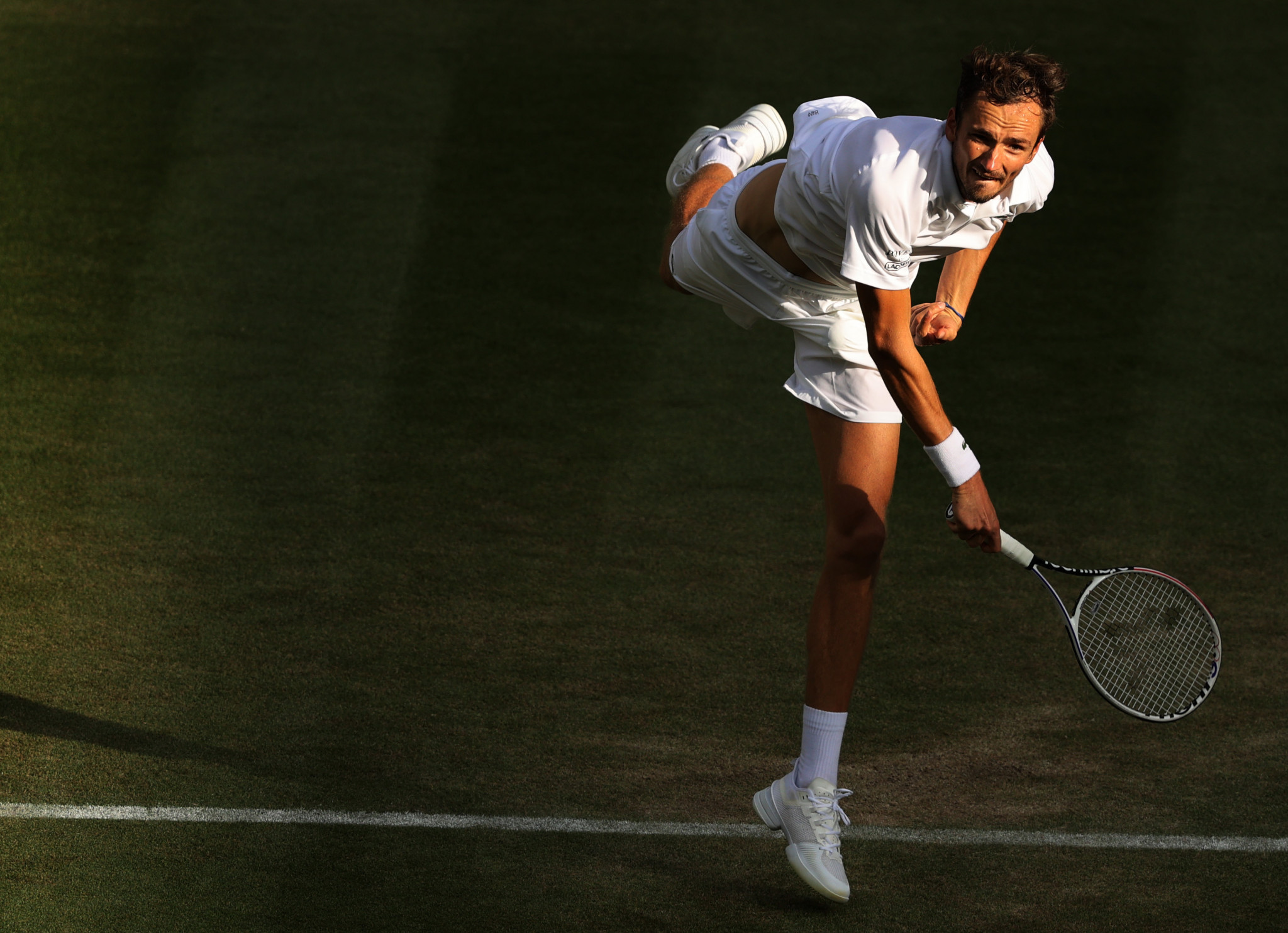 Second seed Daniil Medvedev fought back from two sets down to avoid elimination at Wimbledon and book a place in the men's singles last 16.

The Russian fell into a two-set hole against 2017 finalist Marin Čilić in south-west London, but then slipped into a rhythm and dropped only eight games over the final three sets to advance.

Three other top-10 seeds were in action today, dropping only two sets between them.

On his preferred grass, the Swiss was too strong for the Queen's runner-up, and will play Italy's Lorenzo Sonego in the last 16.

Oldest men to reach R16 at #Wimbledon in the Open Era:

Germany's Zverev was broken only once in the match, and Canada's ascending 20-year-old Felix Auger-Aliassime awaits.

Auger-Aliassime benefitted today from Australia's Nick Kyrgios retiring when each player had won one set.

In the women's singles, British wildcard Emma Raducanu was the story of the day again, beating Romania's Sorana Cîrstea 6-3, 7-5 to reach round four.

Tomljanović accused the Latvian of "lying" when she called for a medical timeout in set three; Ostapenko said after the conclusion of the match that Tomljanović's "behaviour is terrible".

Another Czech, French Open winner Barbora Krejčíková, won a three-setter versus Latvia's Anastasija Sevastova to set up a last-16 showdown with Barty.

Germany's Angelique Kerber - thrice a Grand Slam champion and victorious here in 2018 - beat the Belarusian Aliaksandra Sasnovich 2-6, 6-0, 6-1 in an odd affair to earn the right to play Gauff.

Tomorrow is a rest day, ahead of the traditional Sunday off being scrapped at next year's tournament.