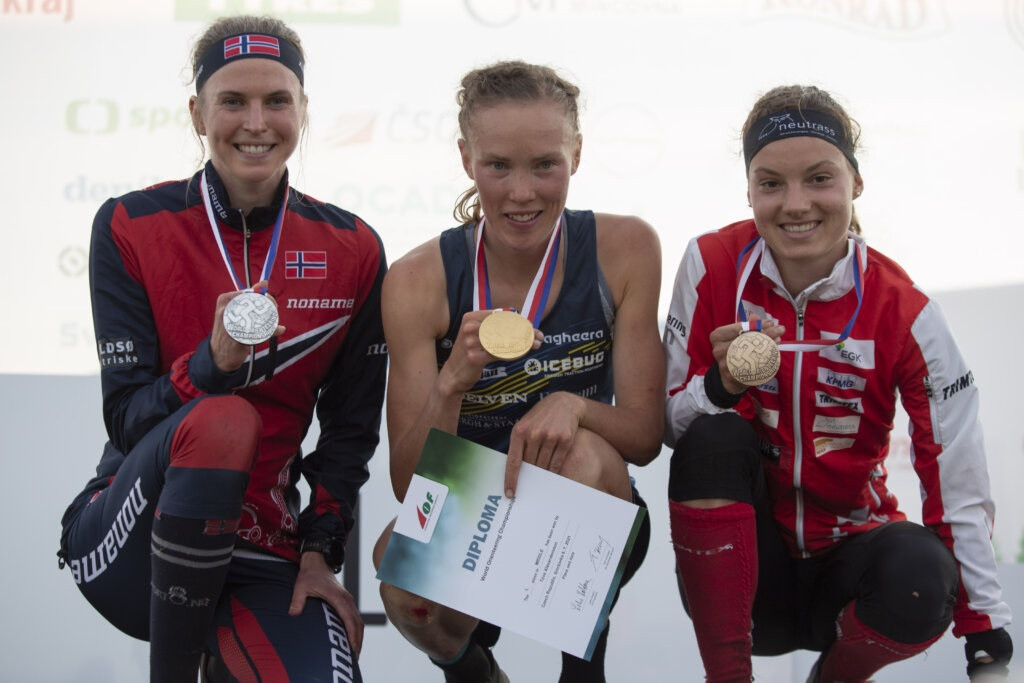 Alexandersson backed up her success in the sprint and sprint relay contests with another dominant display today.

It was Alexandersson’s 13th gold of her career and seventh in succession dating back to the World Championships in 2018.

The Swede clinched victory in a time of 38 mins 12 secs - more than two minutes ahead of her nearest challenger.

Andrine Benjaminsen of Norway claimed silver in 40:33, with Simona Aebersold of Switzerland completing the podium places in 41:33.

Kamilla Steiwer of Norway was in position to win silver but a small mistake allowed Benjaminsen to pass before going on to seal second spot.

Aebersold was also able to close the gap over the last two controls, taking the bronze two seconds ahead of Steiwer.

In the men’s event, Matthias Kyburz of Switzerland won the fifth world title of his career and second middle distance crown, adding to his gold in 2016.

Kyburz clinched top spot with a time of 39:31 while just seven seconds separated Gustav Bergman of Sweden and Ruslan Glibov of Ukraine in the battle for the other podium positions.

After tomorrow’s rest day, athletes are due to compete in the men’s and women’s relay competitions on Thursday (July 8).