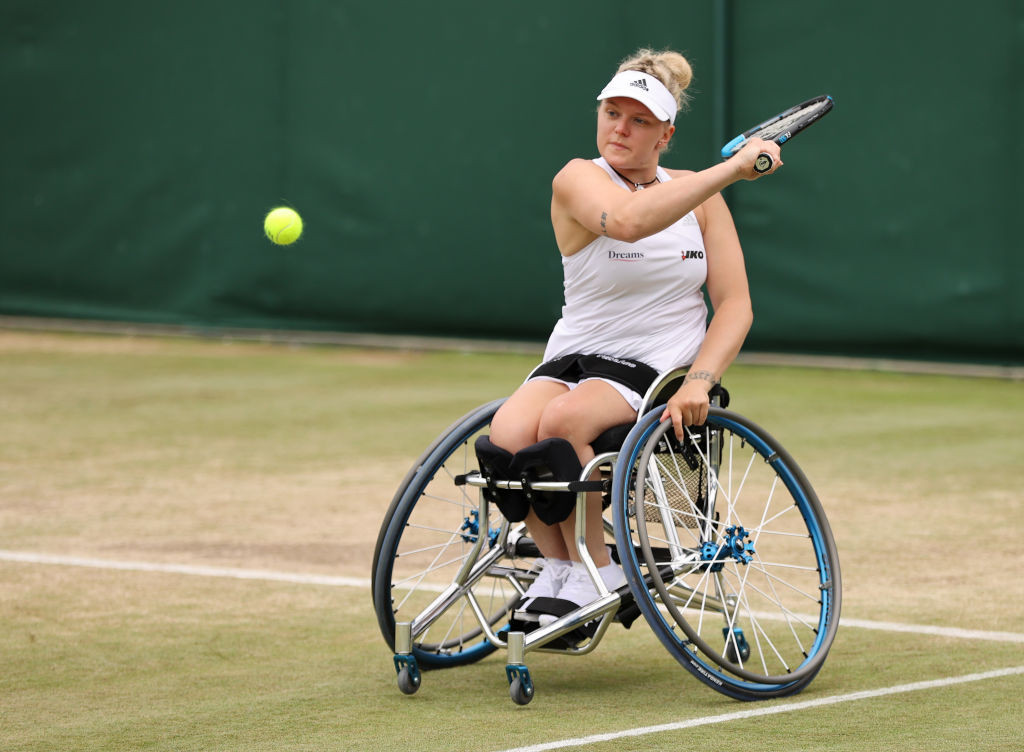 Britain’s Jordanne Whiley earned an emphatic victory over defending champion Aniek van Koot of The Netherlands as wheelchair tennis began at the Wimbledon Championships, moving into the semi-finals with a 6-2, 6-0 win.

The 29-year-old from Halesowen, who has won two Paralympic doubles bronze medals and qualified for Tokyo 2020, will next meet the top seed and 2019 runner-up, Diede de Groot of The Netherlands.

There was a shock on the other side of the draw as well as second seed Yui Kamiji of Japan was beaten 6-3, 6-4 by compatriot Momoko Ohtani.

Ohtani’s opponent in the semi-finals will be South Africa’s Kgothatso Montjane, who beat Colombia’s Angelica Bernal 6-1, 2-6, 6-4.

In the men’s quad singles Australia’s top seed Dylan Alcott, defending men’s singles champion, earned a 6-2, 6-2 win over David Wagner of the United States in the first of the semi-finals.

Britain’s world number two Andy Lapthorne was drawn against the Dutch US Open champion Sam Schroder in the other semi-final, with Schroder running out a 7-5, 6-7, 6-3 winner.

Argentina’s Gustavo Fernandez, the defending champion from 2019, won his opening match against Nicolas Peifer of France 6-2, 6-4.

On the other side of the draw, Reid’s compatriot Alfie Hewett, the second seed, was beaten by Belgium’s world number four Joachim Gerard, whose 7-5, 3-6, 6-3 result earned him a semi-final meeting with Stephane Houdet.

The Frenchman had advanced with a 5-7, 6-2, 6-1 win over 2012 Wimbledon doubles winner Tom Egberink of The Netherlands.