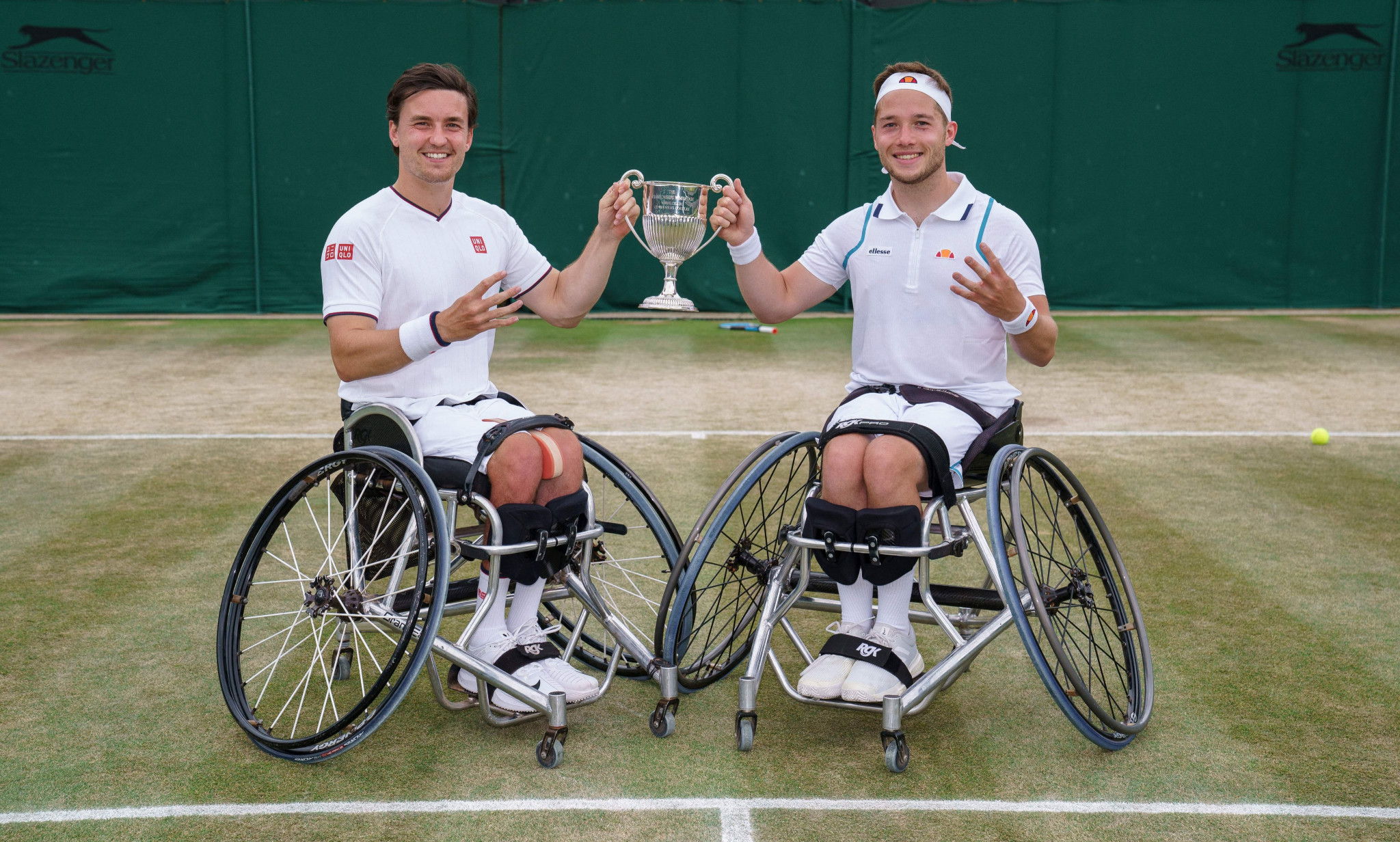 Britain's Alfie Hewett and Gordon Reid claimed another men's wheelchair tennis doubles title at Wimbledon with a 7-5, 6-2 win over Tom Egberink of The Netherlands and Belgium's Joachim Gerard.

Reid won his fourth doubles title at the Grand Slam, in addition to his singles title win in 2016.

The pair have won all four of their Wimbledon men's doubles titles together.

What a way to seal it! ?@alfiehewett6 and @GordonReid91 are the 2021 Gentlemen's Wheelchair Doubles champions ?#Wimbledon pic.twitter.com/ZVCYwplSoi

It is his 14th quad singles Grand Slam title.

It was Kamiji's sixth win at Wimbledon in the doubles and her fifth with Whiley.