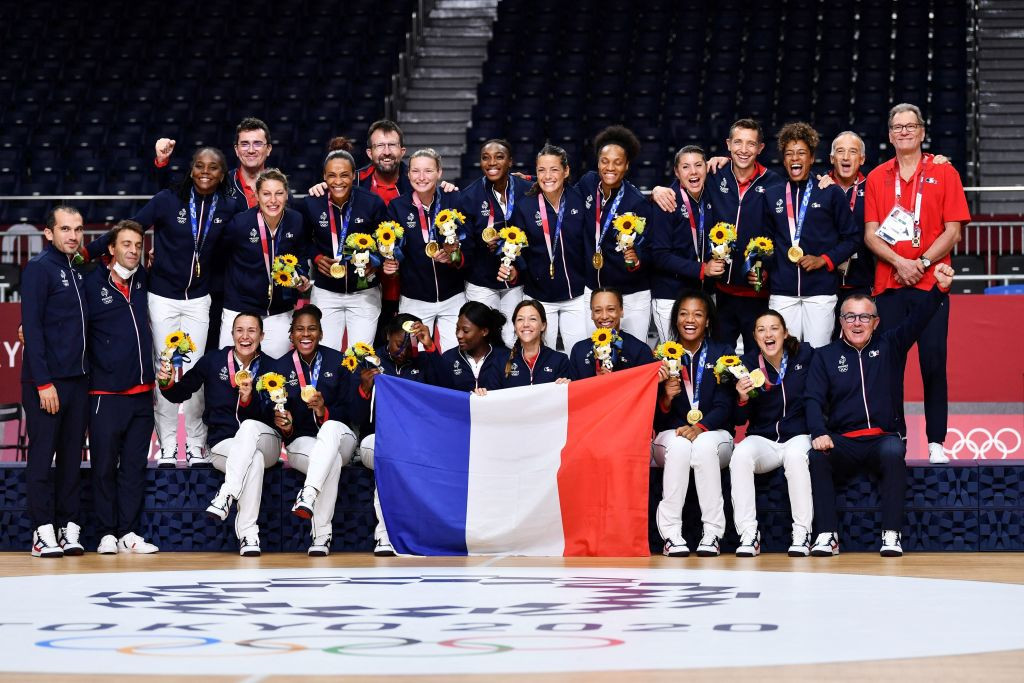 A superb second-half performance at both ends helped France earn a 30-25 victory over the ROC in a breathless contest as they became the first women’s team from the nation to win Olympic gold.

Allison Pineau and Pauletta Foppa top-scored with seven goals, the latter with a 100 per cent shooting record, as France avenged their defeat to Russia in the final at Rio 2016.

The triumph, which came less than 24 hours after the French men’s squad dethroned defending champions Denmark at the same venue, is the culmination of a path since their Rio 2016 heartbreak which has included winning the world title in 2017 and the European crown a year later.

"We were under pressure to win after the men won gold yesterday," said Pineau.

"They laid down the challenge for us and we responded."

France are the first nation to secure both men’s and women’s handball gold medals at the Games since the now-disbanded Yugoslavia at Los Angeles 1984.

The ROC started the brighter of the two teams in what was an eagerly-anticipated final but trailed by two at half-time.

France quickly took control after the break and at one point led by six thanks to a combination of clever attacking play and stern defensive resilience.

Meline Nocandy intercepted from an ROC attack and ran the length of the court before slotting home to put them 28-22 to the good with less than five minutes to go, effectively ending the final as a contest.

From then on, the celebrations began in the French camp as they closed out a victory that saw them make history on two fronts.

France had been enduring a difficult Games but three golds in team sports on the final two nights of Tokyo 2020 give the nation cause for optimism as they prepare to host the next Olympic Games at Paris 2024.

"I have been the trainer of this team for such a long time and the Olympic title is the best one in handball, the one we were missing," said France coach Olivier Krumbholz.

"We achieved our targets for most of the game with a lot of energy in attack and some beautiful moves."