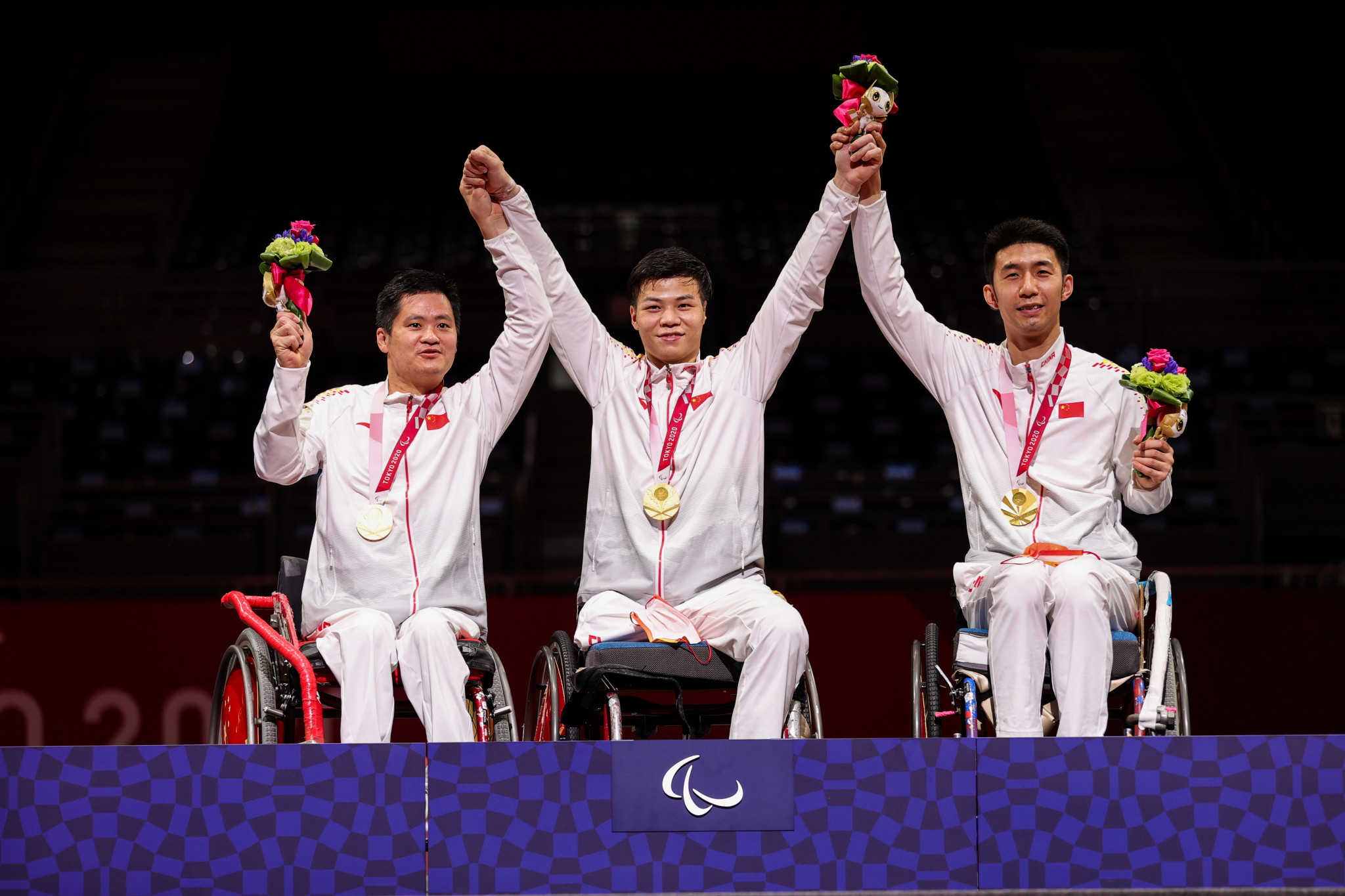 China underlined their status as the dominant force in wheelchair fencing by securing the men’s and women’s team foil titles at the Tokyo 2020 Paralympic Games.

The Chinese teams were seeking to secure their 10th and 11th wheelchair fencing gold medals in the Makuhari Messe venue, with 16 events having taken place at the Games.

Britain provided the opposition in the final, after their three pool phase triumphs and a 45-23 victory over France in the last four.

Oliver Lam-Watson, Piers Gilliver and Dimitri Coutya established a six-point lead for Britain in the early stages of the final, only for China to claw their way back into the contest.

"This is a team sport and we're always good in team events," Sun said.

"We train ourselves to the best of our possibilities, and today we had a good condition and so we performed really well today."

France clinched bronze after their team overcame the RPC 45-40.

Vio was key to keeping Italian in touch with China during the early stages of the final.

Gu edged Vio in their final head-to-head contest to seal a 45-41 win to clinch gold.

Vio, Ionela Mogos and Loredana Trigilia were left to settle for the silver medal.

A thrilling bronze medal match went to the final point of the contest as Hungary edged Hong Kong.

The RPC finished with two golds, with Britain, Hungary and Italy each claiming one title.