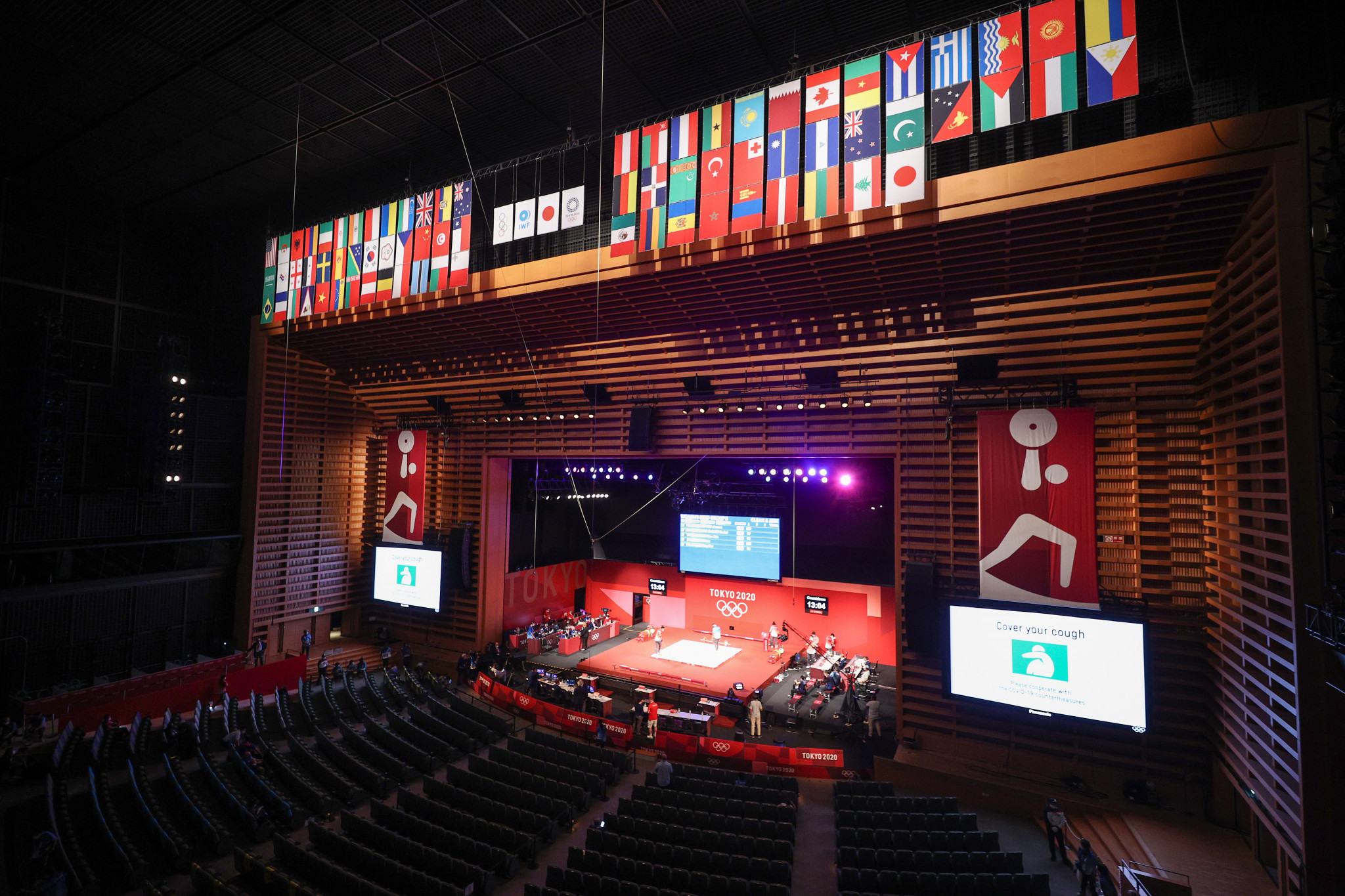 The Russian weightlifting official Maxim Agapitov has had a complaint about an American counterpart "partially upheld" - a second ruling in his favour during a time of turmoil in the sport in recent weeks.

The letter, addressed in June to the Executive Board of the IWF and copied in to all member federations as well as the International Olympic Committee (IOC) leadership, called on six members to resign from the IWF Board for the good of the sport.

It was sent shortly before the IWF Constitutional Congress, a crucial meeting regarding the sport’s future that was adjourned after a day of stasis until last week, when wide-ranging reforms were adopted that may save weightlifting from Olympic banishment.

Andrews’ letter was reported at the time by insidethegames, with the coverage including comments from him and Agapitov.

The report, which featured prominently in the dispute, can be seen here.

Agapitov’s claim that the letter was "discriminatory based on nationality" was not accepted by the IWF’s independent Ethics and Disciplinary Commission - in its first ruling since being created last November - which also found that there had been no "lack of integrity or honesty".

But Andrews was reprimanded for failing to adequately apologise for a factual error in the letter.

On the opening day of the Tokyo Olympic Games Agapitov also won a case at the Court of Arbitration for Sport (CAS) in which he successfully argued that his accreditation for Tokyo should not have been withdrawn by the IOC.

Agapitov established, with the help of the Canadian law professor Richard McLaren, that he had played a leading role in exposing corruption at the IWF under the reign of Tamás Aján, the Hungarian who was forced to resign in June 2020.

He is also involved in a dispute involving the EWF Board, after publication of a letter that criticised a British Weight Lifting official, Matthew Curtain, on the EWF website.

Because so many European member federations have called for an extraordinary Congress, one must be held before the IWF elections in early December.

Agapitov originally indicated to insidethegames that he would comment on the Ethics Commission ruling, but he has not done so.

His complaint related to Andrews’ letter in which the American, backed by other member federations, said six IWF Board members should resign.

They were Mike Irani the British Interim President who does not have the support of his own National Federation, Sam Coffa from Australia because he was allegedly appointed to the Board unconstitutionally, three members from Egypt, Romania and Thailand because their nations were banned from Tokyo for doping violations, and Agapitov.

Andrews said Agapitov was sitting on the IWF Board "in violation of a ruling by the Court of Arbitration for Sport (CAS)".

In its ruling CAS stated that no "representatives of the Government of the Russian Federation" may sit on the Board of an International Federation that is a signatory to the World Anti-Doping Code.

Andrews said the IWF was "operating in violation of this decision" by allowing Agapitov to sit on its Board because the Russian Weightlifting Federation was under the jurisdiction of Russia’s Ministry of Sport.

Agapitov told insidethegames at the time that he was "extremely surprised and disappointed" by the letter, and wrote to all IWF members to quote the CAS ruling, which refers specifically to "representatives of the Government of the Russian Federation".

He said the weightlifting community was well aware that he had never been a member of the Russian Government or Parliament, and was not covered by the ruling.

Agapitov was "reluctant to believe" that Andrews had tried to mislead IWF members but said the claim "may undermine the credibility of USAW’s information and suggestions".

He invited Andrews "to correct his position" and Andrews told insidethegames: "If our advice on the wording of the WADA versus RUSADA decision is incorrect in practical application, then of course we withdraw our comments regarding Mr Agapitov, who is not part of that particular decision personally, while our comments on the other serving individuals stand."

Agapitov complained to the Ethics Commission that Andrews had damaged his reputation because he failed to issue a "correction letter by email to all recipients" in support of the clarifying comments which were made only to insidethegames.

He said the purpose was to "cast some shadows" on him.

The Ethics Commission found that the letter was "grounded in a sincere belief that the respective resignations of the persons so identified was needed for the sport of weightlifting to begin to recover its reputation and integrity within the global sports community".

It ruled, however, that as Andrews’ correction regarding Agapitov "was not addressed to all recipients of the letter of 28 June", the American should be reprimanded.

The IWF was instructed to convey the decision to all member federations.

No costs were awarded.

Irani said, "The IWF is grateful for the support of the independent members of the Ethics and Disciplinary Commission.

"The issuing of this first full decision was just the beginning and, together with the imminent launch of the Independent Investigatory Chamber, the EDC will become fully operational and will be ready to uphold the standards of governance that weightlifters deserve."

Andrews said, "I respect the decision of the EDC, at the same time I remain surprised this is the first decision issued by the body.

"I look forward to the EDC’s ratification by the IWF Congress and the important task of holding membership accountable, in particular those who may have appeared in the McLaren investigation report and the various WADA and ITA [International Testing Agency] investigations."