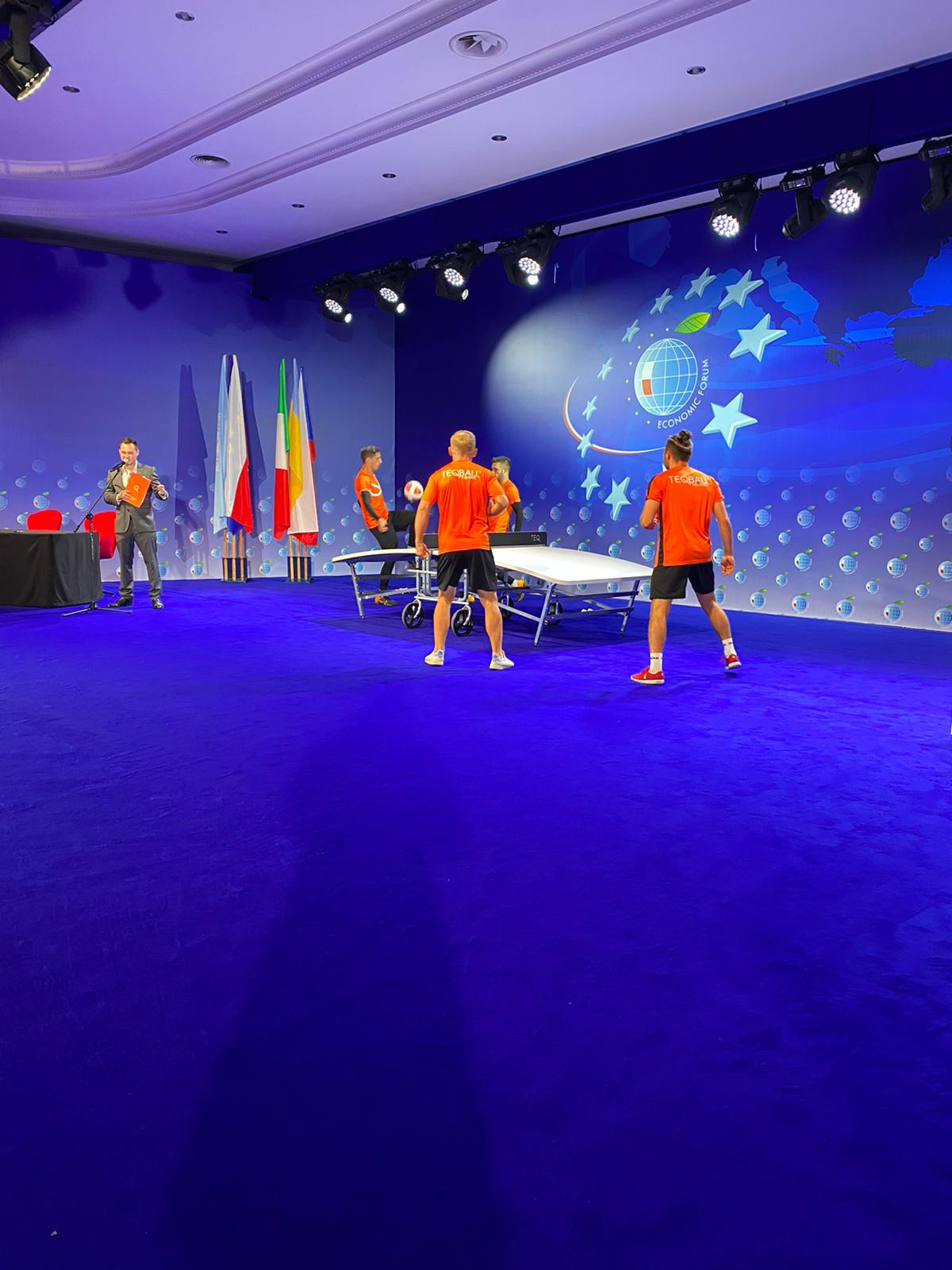 The International Federation of Teqball (FITEQ) was represented at the 30th Economic Forum in the Polish town of Karpacz, and attended a promotional event in Wroclaw.

The Economic Forum brought together more than 3,500 political and economic leaders from across Europe, with the aim of promoting cooperation between European Union (EU) member states and their neighbours in central and eastern Europe.

It included discussions on sustainability and digitalisation as COVID-19 restrictions ease across the continent.

FITEQ was represented by its head of corporate social responsibility and diplomatic relations Gergely Murányi and Michał Listkiewicz, the President of the Polish Teqball Federation.

During his visit to Poland, Murányi was joined by Listkiewicz and Hungary’s minister of foreign affairs and trade Péter Szijjártó at a promotional event in Wroclaw.

Szijjártó donated a teq table to the city’s first deputy mayor Jakub Mazur, before an exhibition match between teams from Poland and Hungary was held.

Teqball combines elements of football and table tennis, being played on a curved table with players unable to use their arms or hands.

It will feature at the 2023 European Games, which are due to be held in Poland in Kraków-Małopolska.

Polish player Adrian Duszak is the current world number four and a former number one.

The sport was invented in Hungary, with FITEQ established as its governing body in 2017 and holding ambitions for eventual inclusion at the Summer Olympics.