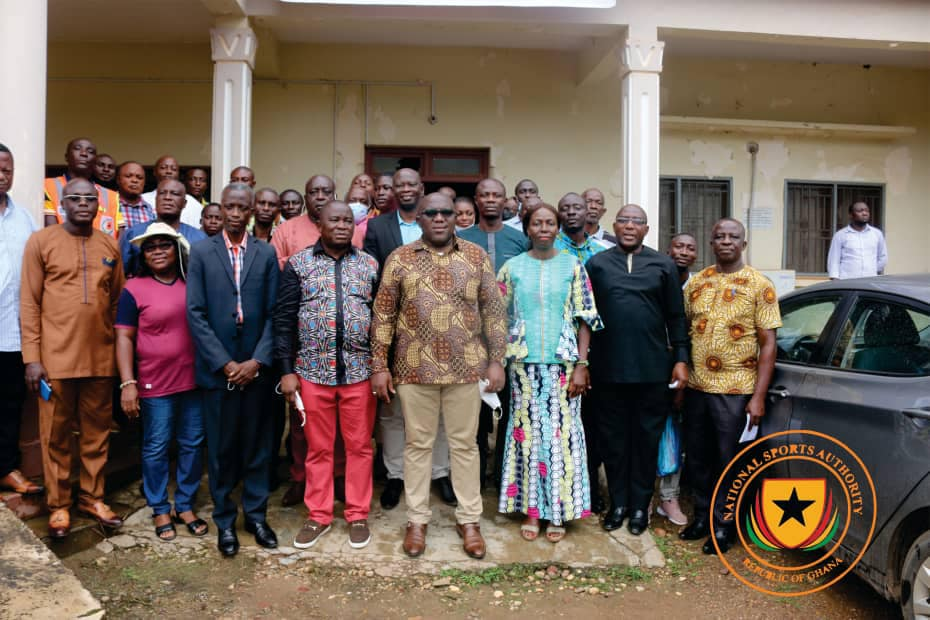 Ghana’s National Sports Authority has established an Organising Committee for the 2022 National Cross-Country Championships, which will serve as a build-up event to the 2023 African Games.

Next year’s event will take place in the eastern region of Ghana, with the organiser hoping to build on the success of previous events.

The National Cross-Country was held for the first time back in 2019.

Both a local and regional Organising Committee will be established for the event, Gifty Horsu-Fianu, the National Sports Authority Eastern regional director announced at a press conference at the Birim Central Municipal Assembly.

The local Organising Committee will be led by Victoria Adu, municipal chief executive of Birim Central.

Adu spoke at the press conference, with the official welcoming the opportunity for the municipality to serve as the host of the national event.

He said 190 athletes are expected to take part in the event from all 16 regions.

The National Sports Authority said the event was serving as a build-up event to the 2023 African Games in Ghana.

Ghana will host the African Games for the first time after being awarded the multi-sport event back in 2018.

The nation reportedly saw off competition from Burkina Faso and Nigeria to host the Games.

Ghana will become the 10th nation to have staged the Games, with the 2023 event marking the 13th edition in total.

The last African Games took place in the Moroccan capital Rabat in 2019.