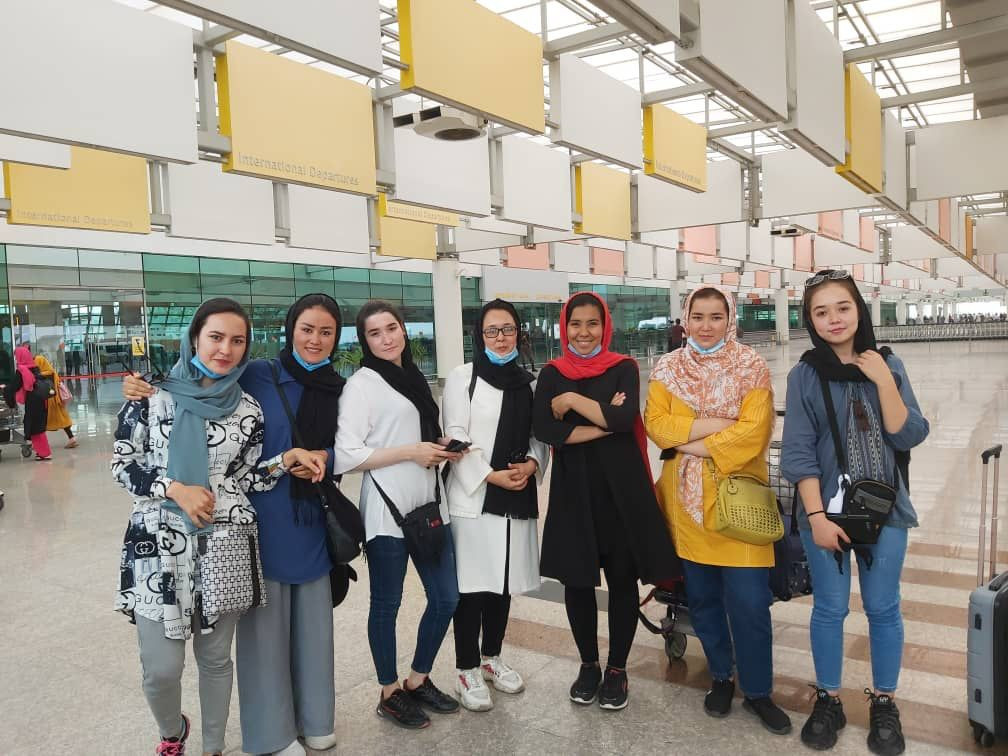 Seven female taekwondo athletes from Afghanistan are now safely on Australian soil after a daring escape mission from the Taliban.

The group fled their home country with the help of the Australian Government, Australian Taekwondo and Oceania Taekwondo.

After finishing their quarantine periods, the seven are now ready to begin new lives in Melbourne.

However, it has been revealed that one athlete is still in Afghanistan's capital Kabul and "surrounded by violence"

All eight women were granted refugee visas by Australia but only seven managed to flee Afghan soil after crossing the border with Pakistan.

Work to secure the escape of the remaining woman is continuing.

Oceania Taekwondo President John Kotsifas - who has experience as an immigration lawyer - played a significant role in the mission.

"We're really pleased the ladies are safe and incredibly grateful for the assistance of the Australian Government and Oceania Taekwondo in getting them out of Afghanistan," said Garriock.

"The lives of these women were in danger.

"As a sport, we needed to pull together and do something to help.

"The Australian taekwondo community is incredibly welcoming, and these ladies will be welcomed with open arms.

"A visa to Australia has been secured for one more athlete, and we are working with the relevant agencies to get her safely to Australia."

The return to power of the Taliban for the first time since 2001, following the American-led international withdrawal from the country, has led to severe concerns about how they will treat women and girls.

Discrimination was widespread during their past regime in areas such as work and education, and included a ban on women's sport.

Crossing the Pakistani border proved to be a difficult task as the group were constantly met with red tape.

This included being told to travel to another border 20 hours away after receiving their crossing permits.

Fatima Ahmadi is one of the athletes to have touched down in Australia.

"I feel so good about arriving in Australia," she said.

"We are safe here without any danger.

"Australian Taekwondo helped us a lot and I am so thankful.

"We are now waiting to do some useful things for Australia and repay your help."