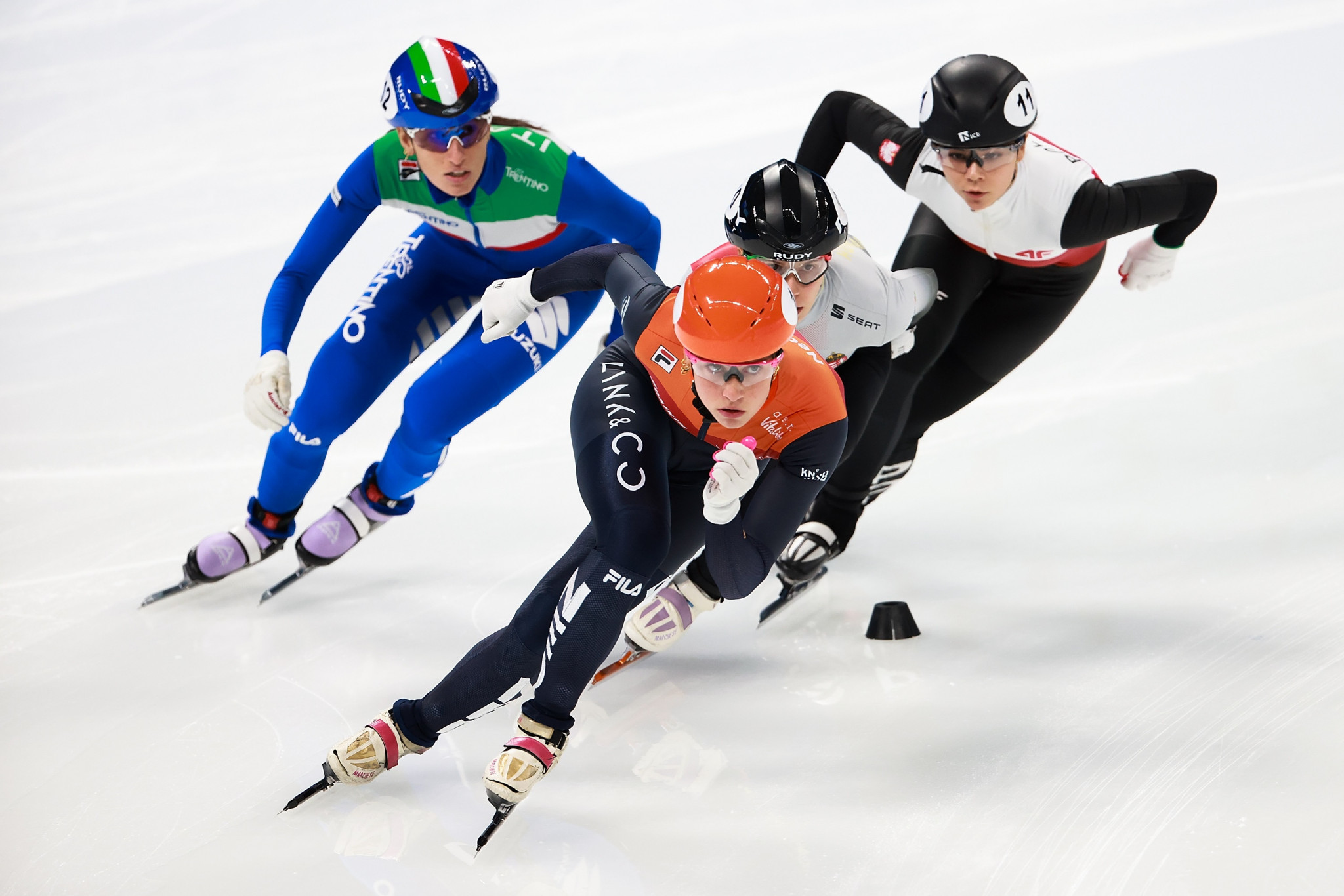 The 24-year-old crashed out in the 1,500m heats on Thursday (October 21) but put that disappointment behind her with a sensational performance at the Capital Indoor Stadium - a venue that will be used at next year’s Winter Olympics.

The women’s 3,000m relay was won by the Chinese team of Fan Kexin, Guo Yihan, Qu Chunyu and Zhang Yuting.

There was no stopping The Netherlands in the men’s 5,000m final as Itzhak de Laat, Sjinkie Knegt, Sven Roes and Jen van 't Wout powered to victory in 6:39.951.

Hungary finished second in 6:40.532 as Italy and China crashed out.

Fan, Ren Ziwei, Wu Dajing and Zhang steered China to success in the mixed 2,000m relay after edging out The Netherlands.