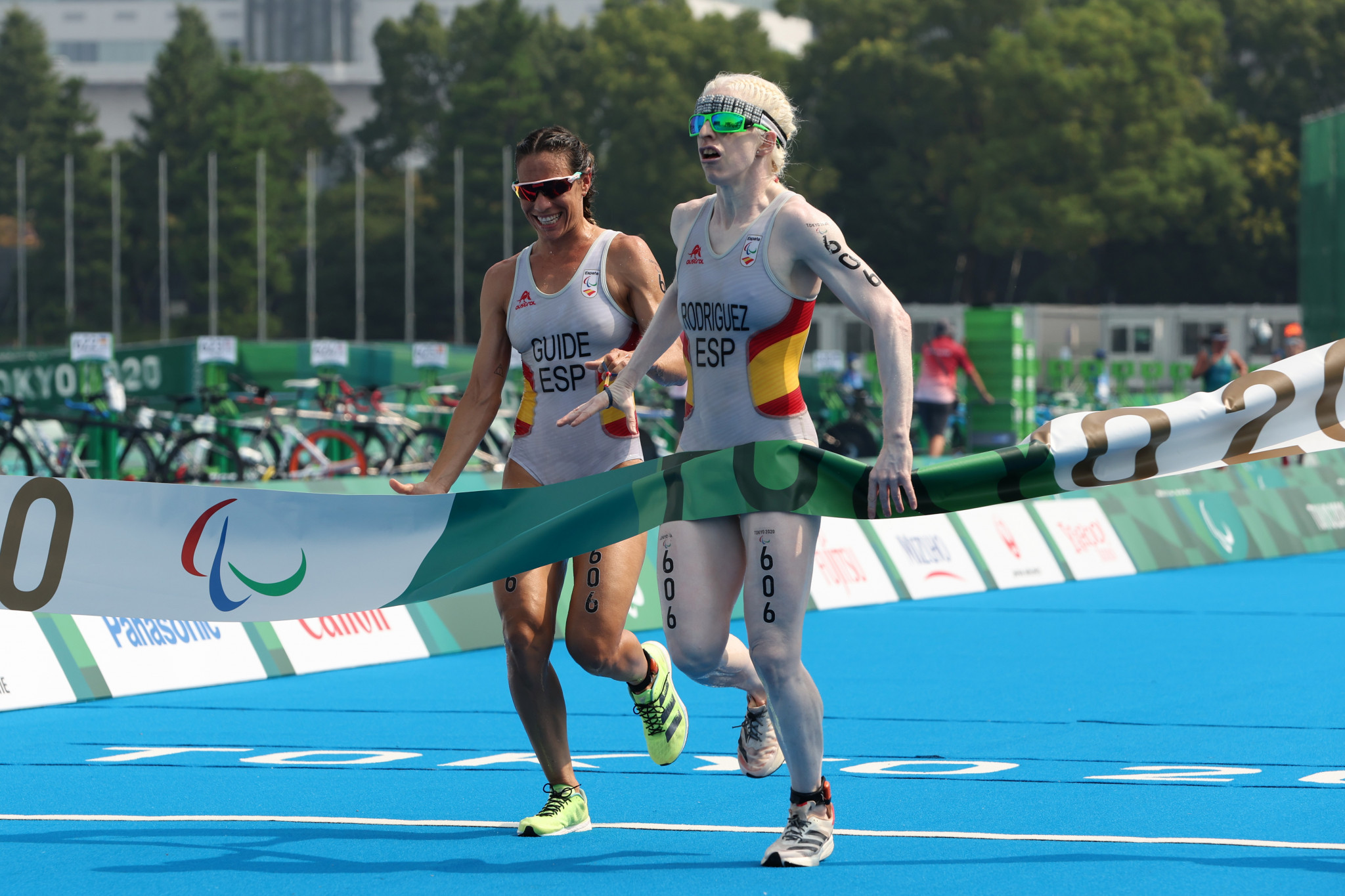 The course for the Championships in the United Arab Emirates features one lap of a 750 metres swim, four laps of the cycling circuit totalling 4.8 kilometres and three laps of a run amounting to 5km, with more than 120 athletes expected to take part.

In the visually impaired classification, Spain's Tokyo 2020 Paralympic and two-time world champion Susana Rodriguez heads the women's line-up, although Italy's Anna Barbaro, a silver medallist in the Japanese capital, will be among the competitors attempting to deny her another gold.

The men's PTVI Paralympic champion Brad Snyder of the United States will be absent in Abu Dhabi, leaving the door ajar for the likes of his compatriot Kyle Coon, Ireland's Dinnacha McCarthy and Spain's Tokyo 2020 silver medallist Héctor Catalá Laparra.

The Netherlands' Jetze Plat won gold medals in cycling and triathlon at this summer's Paralympics, and incredibly has not lost a race since 2015.

He is bidding for gold in the men's PTWC event, with Australia's Paralympic silver medallist Lauren Parker leading the women's field given the absence of American champion Kendall Gretsch.

Hailey Danz of the US and Italy's Veronica Yoko Plebani finished second and third respectively at the Parlaympics in the women's PTS2 and are set to go head-to-head again in Abu Dhabi, while Jules Ribstein of France looks to be the favourite in the men's event for the same classification.

In the PTS3 class, Daniel Molina of Spain is a multiple World Championship winner in the men's event, although he could be challenged by Dutchman Nico Van Der Burgt, with France's Elise Marc going up against Spain's Andrea Miguelez Ranz and Evgeniya Koroleva of the Russian Triathlon Federation in the women's race.

France's Alexis Hanquinquant has won every race he has taken part in since 2019, making him the reigning world and Paralympic champion in the men's PTS4, with Tokyo 2020 silver medallist Hideki Uda of Japan and Spanish bronze medallist Alejandro Sánchez Palomero possible challengers.

The women's PTS4 includes American Kelly Elmlinger, who is up against Spain's Marta Francés Gómez and German Elke Van Engelen.

Two-time Paralympic gold medallist Martin Schulz of Germany recently triumphed at the European Championships, and is included in the men's PTS5 field alongside Spain's Jairo Ruiz Lopez, while the women's event in the same class includes Tokyo 2020 medallist Grace Norman of the US and Britain's Claire Cashmore, although not her compatriot and Paralympic champion Lauren Steadman.

The Championships will be staged alongside a World Triathlon Championship Series event, due to begin tomorrow and finish on Saturday (November 6).