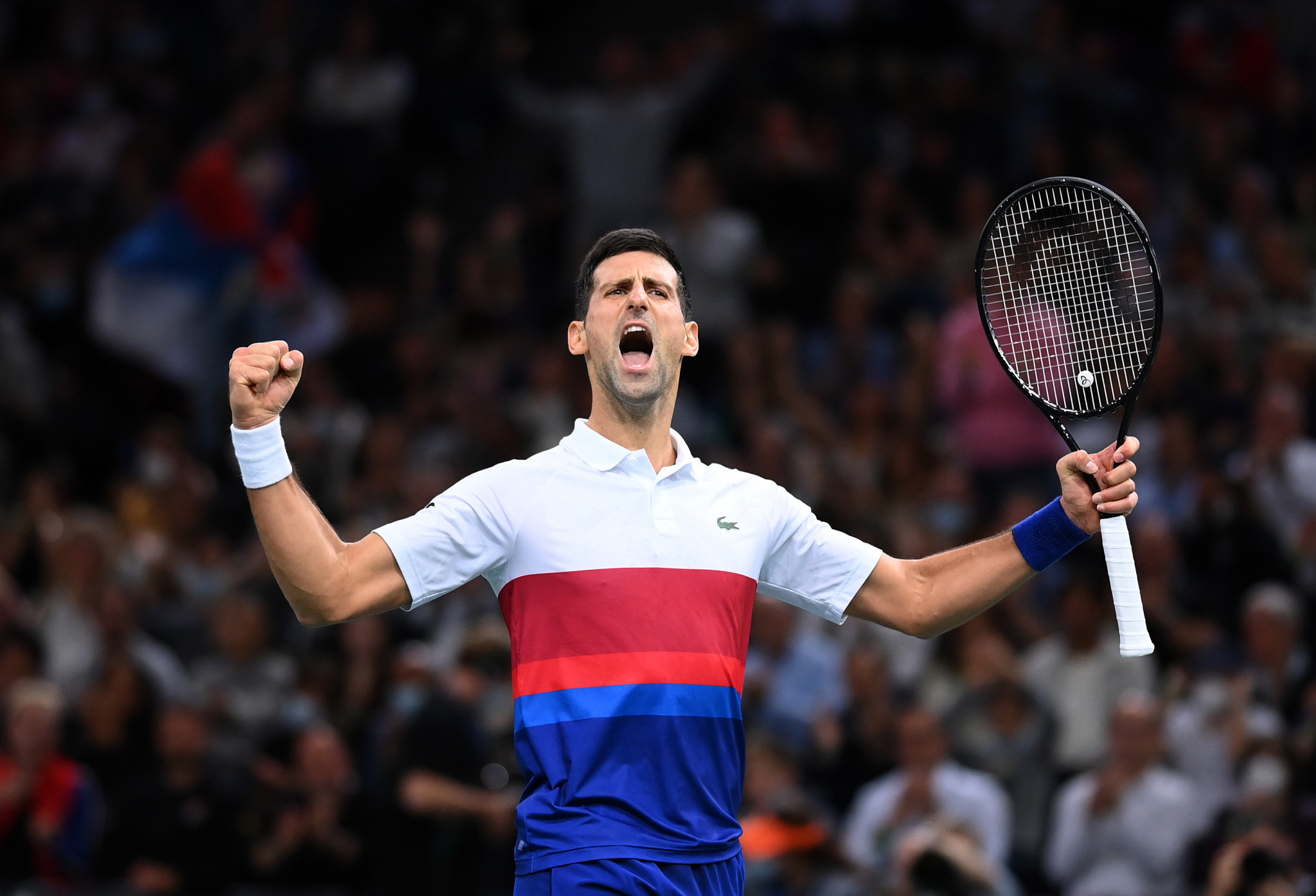 Serbian world number one Novak Djokovic came from one set down to set up a final with Russia's world number two Daniil Medvedev at the Paris Rolex Masters.

Djokovic, who is chasing the Association of Tennis Professional Masters 1000 career record wins, which he currently shares with Spain's Rafael Nadal, had to overcome a poor first set against Poland's Hubert Hurkacz to claim victory and secure the year-end world number one ranking for a record seventh time, surpassing American Pete Sampras.

Hurkacz won the first set 6-3, before Djokovic kicked into overdrive to win the second and third sets 6-0, 7-6, eventually squeezing past in a tense tiebreak.

Afterwards, Djokovic heralded his achievement of the year-end number one world ranking.

"To do it for the record seventh time and surpass my childhood idol and role model Pete is incredible.

"Very grateful, very blessed to be in this position."

In the final, Djokovic will get a chance to avenge his US Open final defeat to Medvedev, who dispatched Tokyo 2020 gold medallist Alexander Zverev of Germany in straight sets.

Zverev had won 28 of his 30 matches since Wimbledon and was one of the form players on the tour, but Medvedev used the slower conditions to his advantage and dominated in the longer rallies, eventually running out a 6-2 6-2 victor.