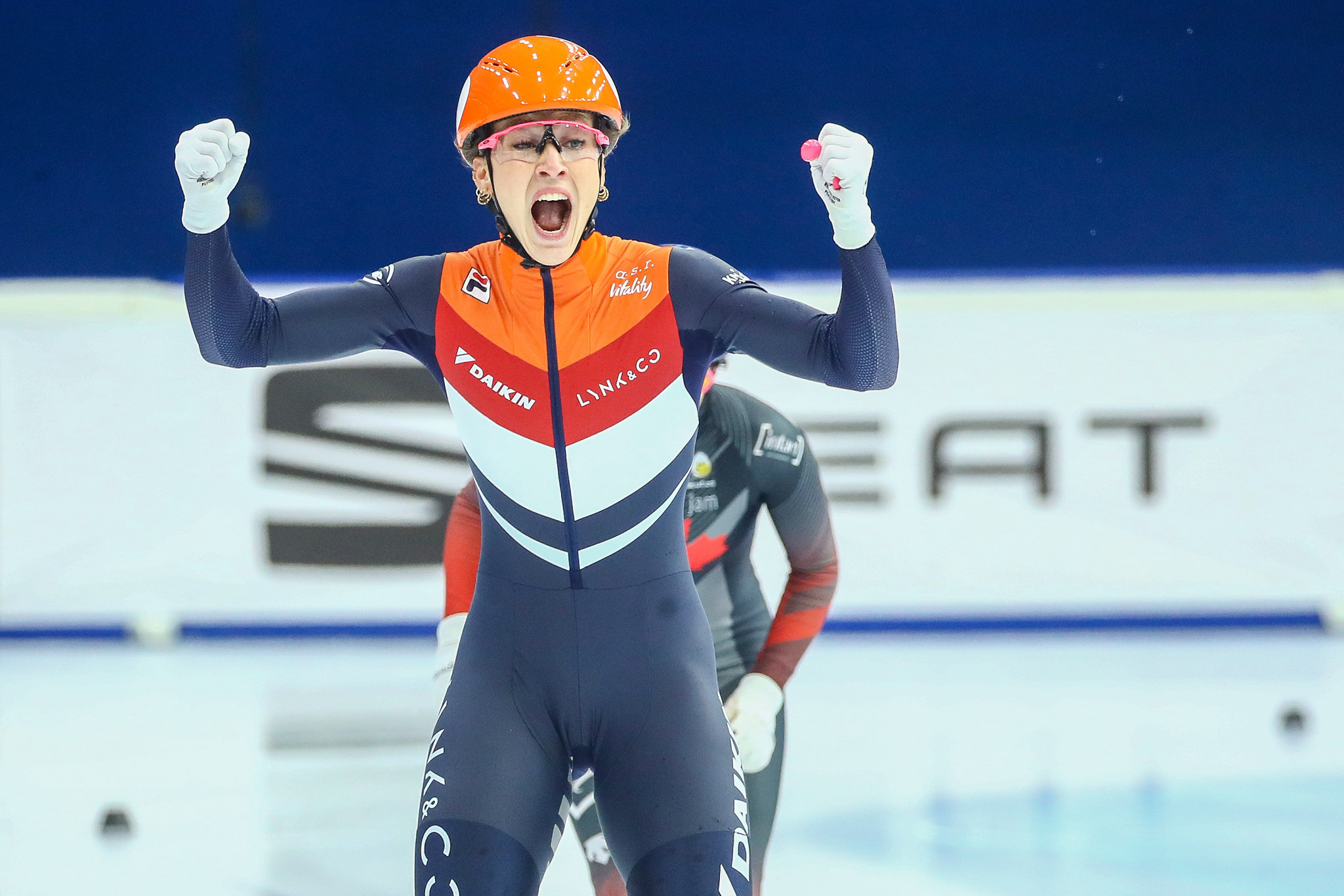 Suzanne Schulting of The Netherlands completed a clean sweep of women's events at the International Skating Union's (ISU) World Cup Short Track Speed Skating in Debrecen, winning the 1,000 metres and contributing to a Dutch victory in the 3,000m relay.

Hungary also hosted the last World Cup leg where the rare feat was achieved, with South Korea's Choi Min-jeong winning across three distances and the 3,000m relay in Budapest in 2017.

Schulting, who is the reigning European and world champion in the overall category and across all three distances, made it three wins out of three in the individual events at the Főnix Arena, clocking 1min 31.475sec in the 1,000m final.

Schulting tops the World Cup standings for the 2021-2022 season, with second-placed Kristen Santos of the United States forced to settle for victory in the B final after finishing fourth in her semi-final.

The Dutch star then helped her country clinch back-to-back wins in the relay event, as the team which also featured Selma Poutsma, Xandra Velzeboer and Yara van Kerkhof finished with a time of 4:06.698 over 3,000m.

In the men's 1,000m event, Hwang Dae-heon of South Korea - a Pyeongchang 2018 Winter Olympic silver medallist - won his second gold of the World Cup season, triumphing in 1:25.425 in the final.

China have won two of the three mixed relay events at this season's World Cup events.

South Korea were second with 6:44.892, and Hungary ensured there was a podium finish for the hosts on the final day as their 6:45.003 earned third place, although the previous World Cup leaders dropped a place in the overall standings.

The final World Cup event of the season is scheduled for November 25 to 28 in the Dutch city of Dordrecht.