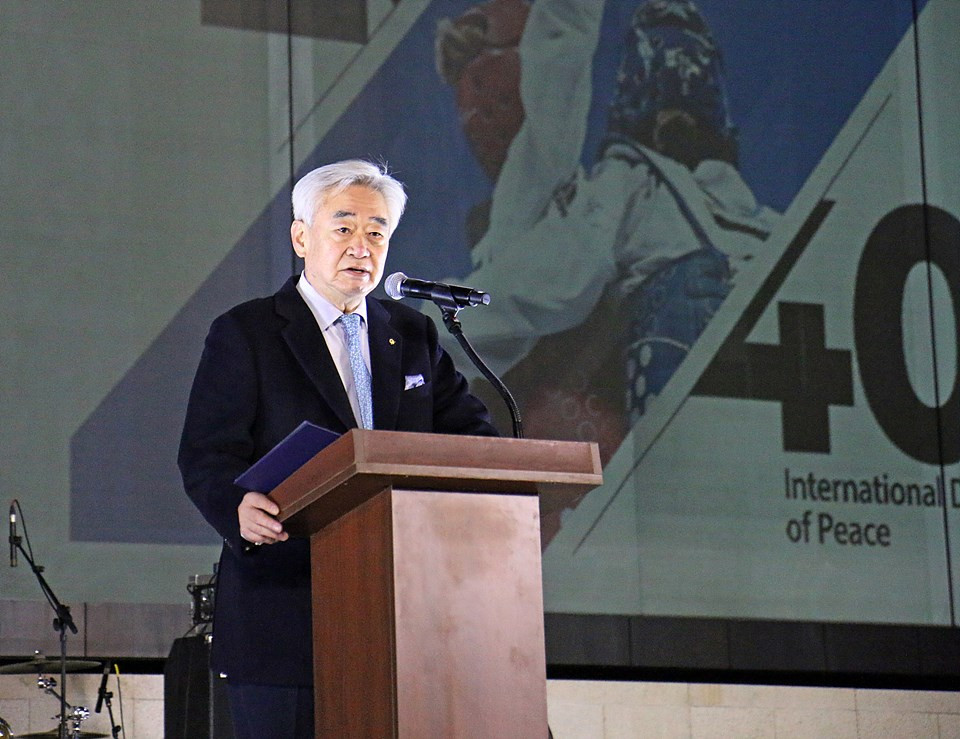 The two-hour event took place at the Seosomun Shrine History Museum, presented by World Taekwondo in partnership with the UN Association of the Republic of Korea and Global Civic Sharing (GCS) International.

It featured a 20-minute performance by the World Taekwondo's demonstration team, which has been enjoying success on the Got Talent series of programmes around the world, and a one-hour peace concert.

Other songs were performed by Band Leenalchi, a seven-member band, and the Korean Adopted Children Choir, which performed Magnolia Blossom, written by Choue Young Seek.

"Throughout the past 21 years, taekwondo has not only brought excitement to fans around the world.

"Taekwondo has also created a pathway for refugees, displaced persons and the underprivileged to fulfil their sporting dreams.

"In Tokyo, we had four Taekwondo refugee athletes competing for the very first time in the Olympic and Paralympic Games."

Choue said taekwondo can help all achieve their "dream of being champions" - the sport has had Olympic and Paralympic medallists from 41 countries - and said his philosophy is that "peace is more precious than triumph."

Choue added: "I sometimes wish that there is no such thing as a UN International Day of Peace because we should all live in a peaceful world every day.

"Unfortunately, there is no such utopian world.

"Therefore, the commemoration of the 40th UN International Day of Peace this year is a reminder that we, as global leaders, have a role to play in nurturing generations to live in harmony and respect in a world of peace."

"Today’s festival is more than celebrating the long history of taekwondo as an Olympic sport," said Bach.

"Today you are putting the spotlight on the unique power of sport to unite the entire world in peace.

"Peace, this was also central to the thinking of the founder of the IOC, Pierre de Coubertin.

"When he revived the Olympic Games 127 years ago, he saw them as a way to promote peace among nations and peoples.

"This is why I would like to thank World Taekwondo under the great leadership of your President Choue for organising this festival that celebrates sport, peace and solidarity."