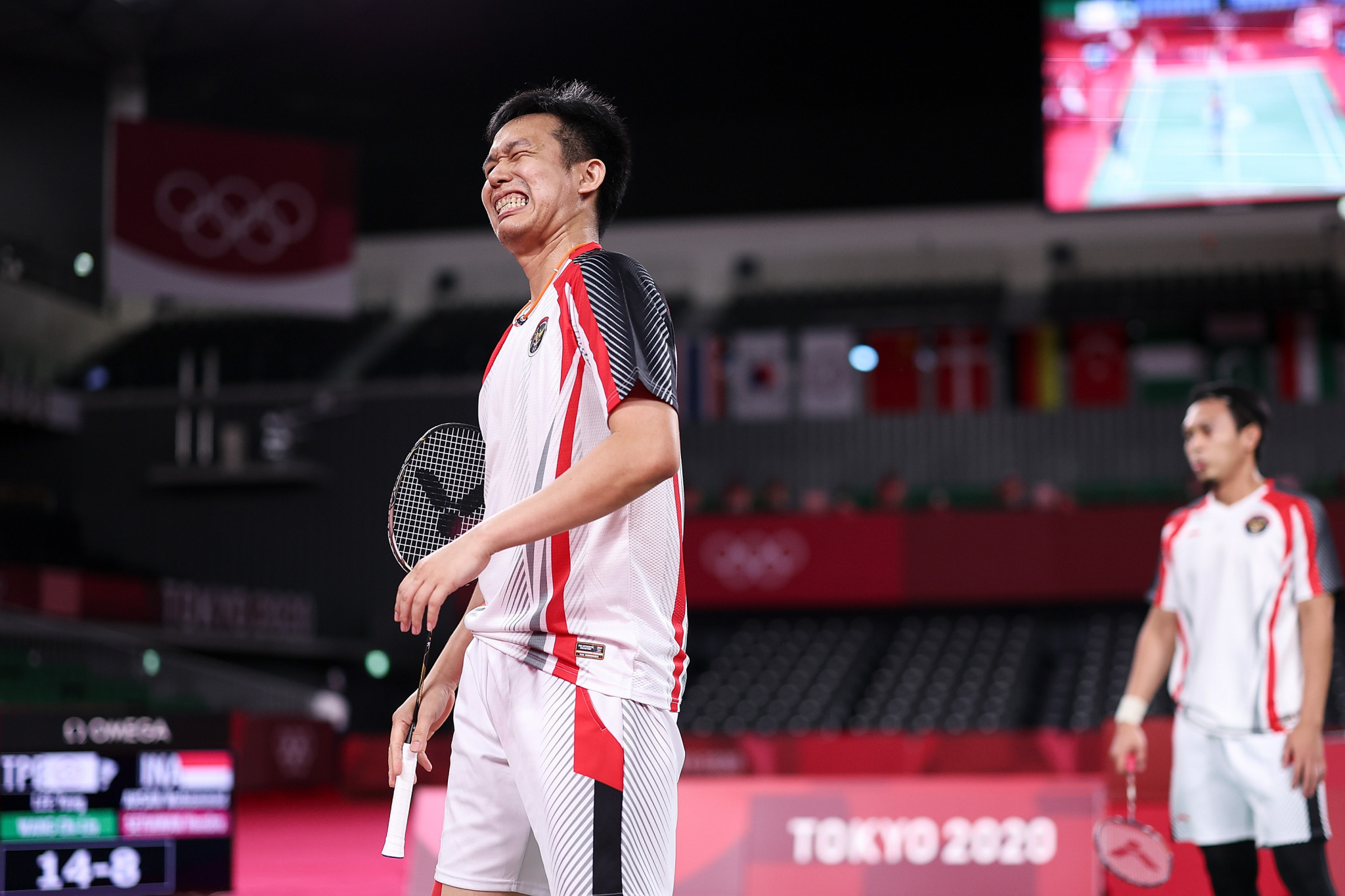 Second seeds in the men's doubles Mohammad Ahsan and Hendra Setiawan are out of the Badminton World Federation (BWF) Indonesia Open in Bali, with the home favourites being eliminated by Japanese pairing Takuro Hoki and Yugo Kobayashi.

Later on the same court, there was some redemption for Indonesia as Pramudya Kusumawardana and Yeremia Erich Yoche Yacob Rambitan came from a game down to beat England's Ben Lane and Sean Vendy 18-21, 21-17, 21-9.

But there was an upset on the second court, with Sim Yu-jin of South Korea beating sixth seed Michelle Li of Canada emphatically 21-11, 21-9, and there was another one-sided victory on the third court after Thai seventh seed Busanan Ongbamrungphan defeated Russian Evgeniya Kosetkaya 21-10, 21-13.

Denmark's two star men's singles players are through to tomorrow's competition too, with third seed Anders Antonsen winning in three games 21-15, 17-21, 21-17 against Kunlavut Vitidsarn of Thailand.

There was an upset for a home favourite, as France's Christo Popov won 21-17, 21-18 over Indonesian fifth seed Anthony Sinisuka Ginting.

But sixth seed Jonatan Christie ensured an Indonesian would get through with a 21-14, 21-15 victory against Liew Daren of Malaysia.

Indonesian second seeds Praveen Jordan and Melati Daeva Oktavianti were given a proxy walkover victory over Yujiro Nishikawa and Saori Ozaki of Japan after just one point, with their opponent's retiring.