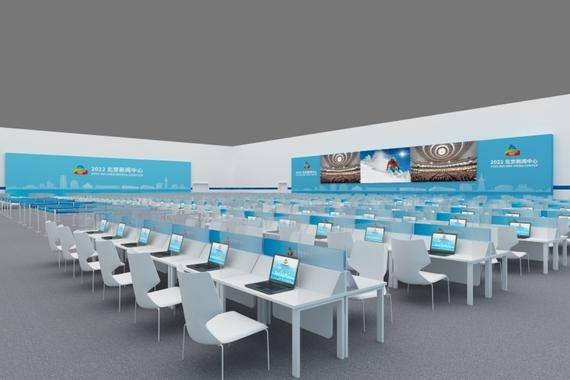 A Media Centre for non-accredited journalists is to be opened during the 2022 Winter Olympic and Paralympic Games in Beijing.

The Centre will be capable of serving about 2,000 reporters without Games accreditation who wish to cover news and other events around Beijing 2022, due to take place between February 4 and 20, the Beijing City Government announced today.

Most cities set up a Non-Accredited Media Centre during the Olympics to help journalists without credentials to cover the Games.

The late go-ahead for the Media Centre in Beijing follows a detailed risk assessment of the COVID-19 situation, the City Government said.

Only overseas reporters based in Beijing will be able to register at the Media Centre, and the number of domestic reporters using the facility will also be limited.

This Media Centre will not be placed in the closed loop that accredited personnel involved in Beijing 2022 will have to follow, but COVID-19 protocols must be followed, the City Government warned.

The Centre will provide news production and communication services in line with international standards, the City Government promised.

Reporters will be able to access a range of information about China so they "can present the country more objectively and comprehensively", the City Government said.

Earlier this month, the Foreign Correspondents' Club of China (FCCC) criticised a lack of transparency from the Organising Committee and the International Olympic Committee (IOC) on sports reporting in the country.

"We call on Beijing 2022 and the IOC to improve international reporting conditions in the run-up to, and during, the Games," the FCCC said in a statement.

"Over the last year, the foreign press corps has been continuously stymied in its coverage of Winter Olympic Games preparations, denied attendance at routine events, and prevented from visiting sports venues in China.

"With less than three months remaining before the start of Beijing 2022, there is still tremendous uncertainty over how and if foreign correspondents will be able to cover the Games.

"In the last year, the foreign press corps has largely been unable to attend any press conferences or even observe routine events - such as venue visits or the arrival of the Olympic Flame - which are open to Chinese domestic media."