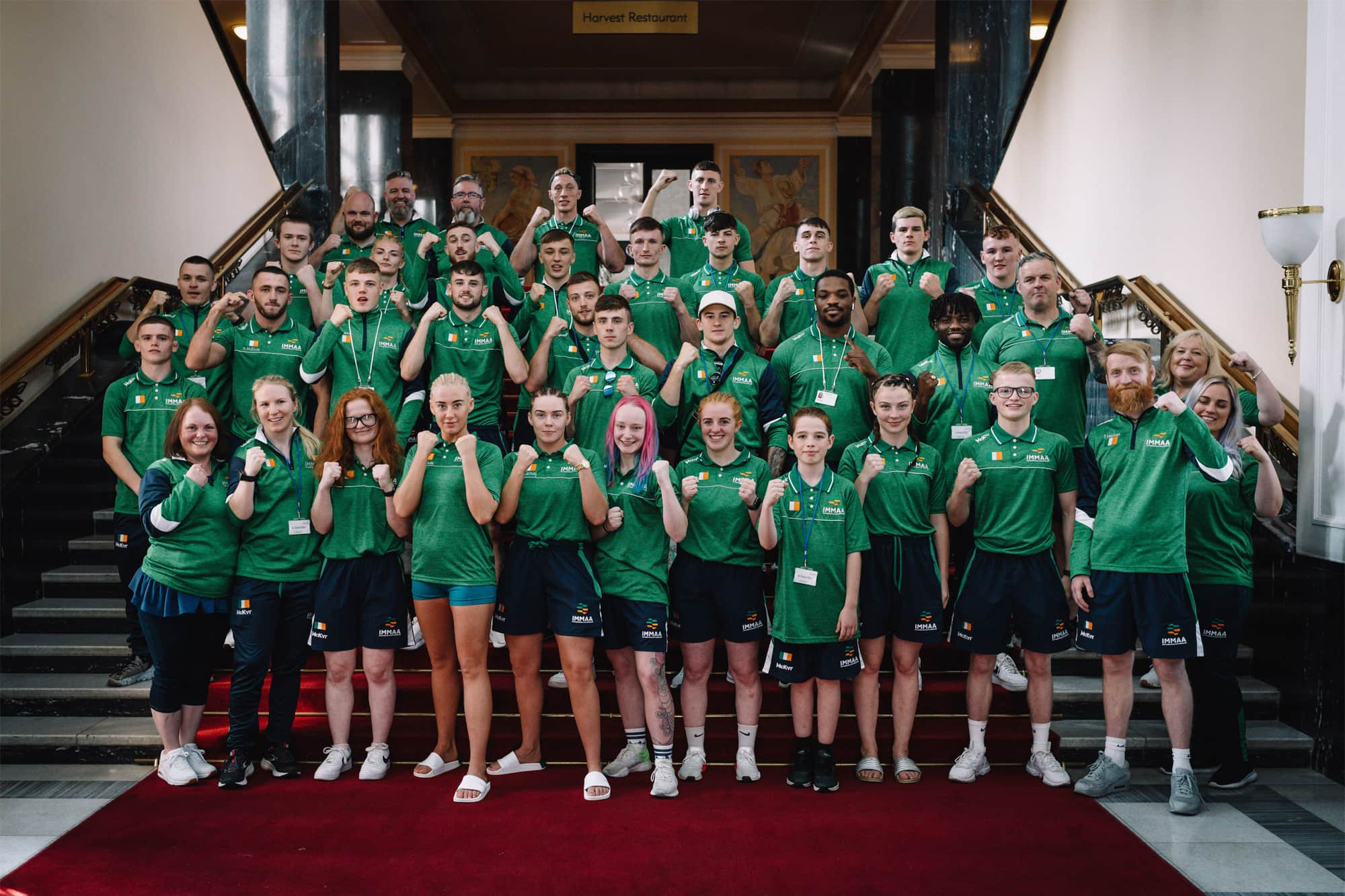 Final selections for the Ireland, Lebanon and South Africa's teams competing at the International Mixed Martial Arts Federation (IMMAF) Junior and Senior World Championships in Abu Dhabi have been made.

An All-Ireland team will be looking to continue their fine form from September's IMMAF World Cup which saw a 24-strong line-up take home 12 medals.

Junior lightweight fighter Max Lally is set to make his first tournament appearance after graduating from the youth ranks.

The 18-year-old is causing excitement among his peers after winning welterweight gold at the Youth World Championships before going on a four-fight unbeaten run which saw him win titles in two separate weight classes.

In the senior categories, Ryan Keogh returns after taking gold in the junior featherweight class at the World Cup in Prague.

"We’re super excited to be back at the IMMAF Worlds," said Ireland head coach Andy Ryan.

"We have a strong young team travelling with some senior experienced coaching staff.

"The level has improved over the last few years.

"It's going to be a big challenge, but we are ready for it.

"It looks like this could be the biggest world championships to date.

"It’s a great event to start the year.

"We’re really looking forward to it and bringing some medals home."

South Africa currently sit in 45th place on the IMMAF national team rankings but have aspirations to break into the top 10 following the World Championships.

The Abu Dhabi-bound team is made up of 14 athletes, two coaches and a team manager.

Vuyo Jula is the only competitor from the 2019 edition of the World Championships who is set to fight in the United Arab Emirates.

Lebanon's team is made up of Toni Bou Rached, Elias Dagher, Elie Mansour, Lama Nassar and Michel Zammar, who are all senior athletes.

Mansour has been touted as the country's brightest medal hope after dominating on the regional level and showing promise at the 2019 World Championships.

The event is set to run from January 24 to 29 at the Jiu-Jitsu Arena in Zayed Sports City in Abu Dhabi, with bouts across 16 men's and women's weight categories in junior and senior divisions scheduled.