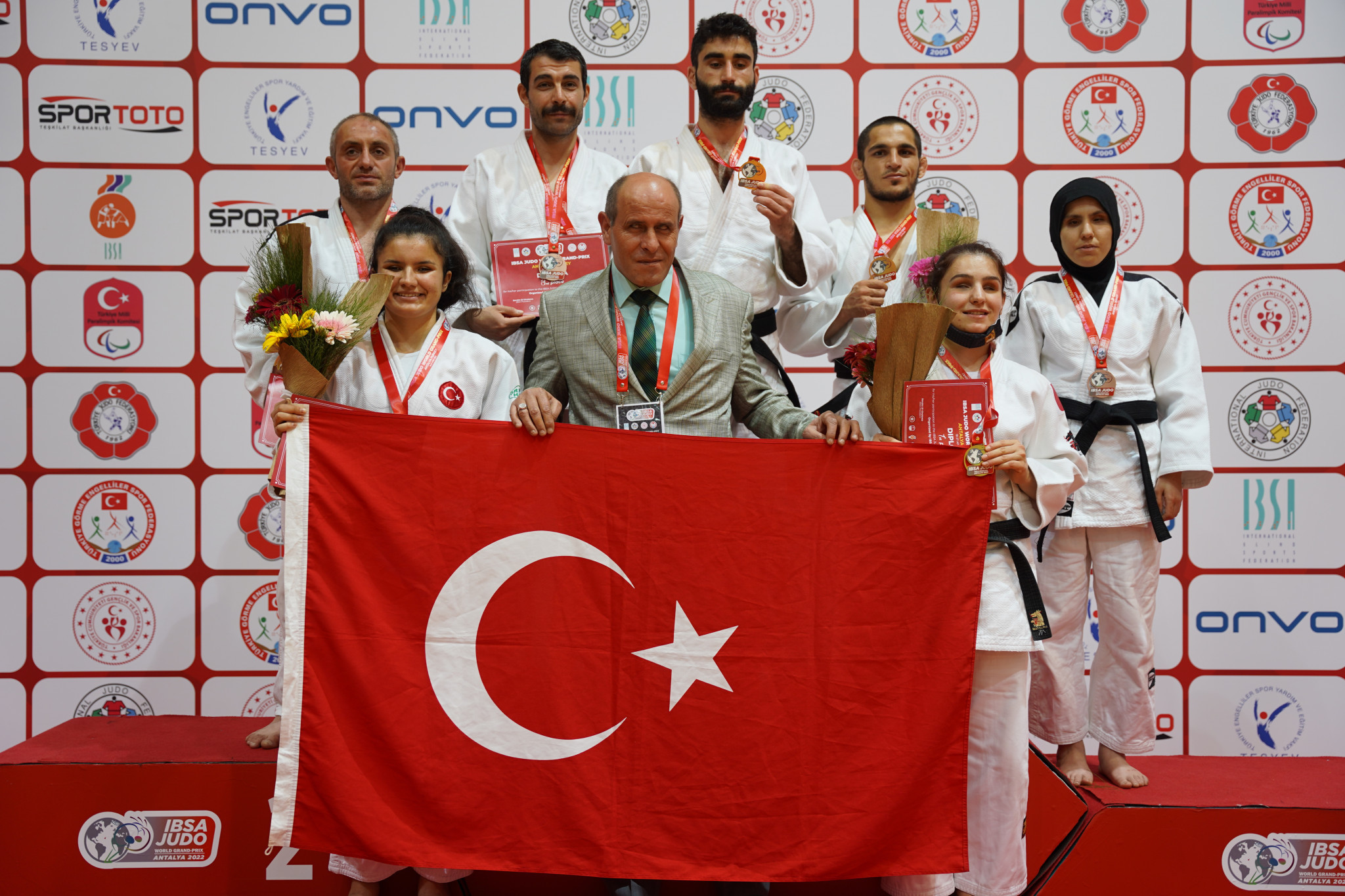 This is the first Grand Prix being held under a new classification format, with competitors split into the J1 and J2 categories and four weight divisions for men and women featuring at Antalya Sports Hall.

There was a Turkish one-two in the five-athlete women's J1 under-57kg round robin.

Merve Uslu won all four of her bouts to take gold, with three victories for Güliz Çakar earning her second place, and Italy's Asia Giordano completing the podium.

Kamola Uzokboeva of Uzbekistan took silver, with no bronze medal awarded in the three-athlete round robin which also included Turkey's Konus Tugba.

Competition is due to conclude across all 16 events at the IBSA Judo Grand Prix tomorrow.