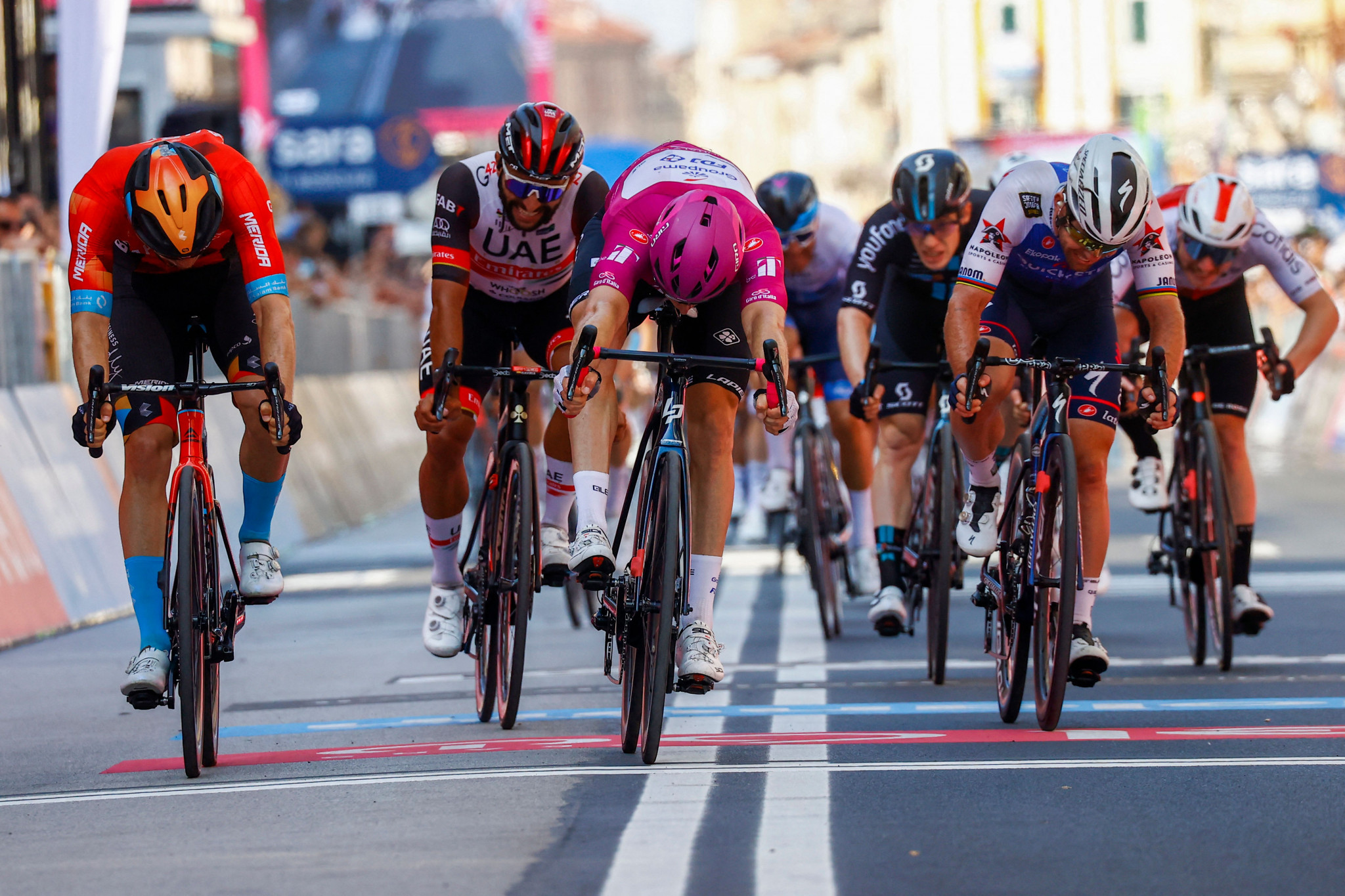 France's Arnaud Démare confirmed his sprint domination at the 2022 Giro d’Italia after earning his third win of this year's race in Cuneo.

The Groupama–FDJ rider was hoping to add to his back-to-back wins on stages five and six, with the largely flat 150-kilometre stage from San Remo to Cuneo offering one of the final chances for sprinters.

The quartet held a lead of two minutes heading into the final 15 kilometres of the stage, with the sprinter’s teams working desperately to close the deficit.

The peloton made contact with the breakaway with 800 metres remaining, leading to the predicted bunch sprint on the cobbled finish.

Demare proved the fastest finisher again, with the Frenchman crossing the line in a winning time of 3 hours, 18min, 16sec.

The Frenchman was able to celebrate a hat-trick of victories at this year’s race and his eighth at the Giro d’Italia in his career.

"At some point I started to doubt that we’d be able to catch the breakaway because some elements of my team had given everything they had," Démare said.

"They were very committed.

"I’ve also had the feeling that I was cooked myself.

"Only with 10km to go, I’ve started to believe it would be a sprint finish, I was at the limit for sprinting.

"It’s exceptional to get one more win, three is a lot."

Germany’s Phil Bauhaus and Britain’s Mark Cavendish completed the top three, ending on the same time as the stage winner.

Spain's Juan Pedro Lopez finished safely in the peloton, with the Trek-Segafredo rider maintaining the race lead for a 10th consecutive day.

Jai Hindley has risen to fourth in the standings, with the Australian lying 20 seconds off the lead.

Hindley’s elevation followed the withdrawal of France’s Romain Bardet, who was forced to abandon.

"After becoming sick during yesterday’s stage, his condition worsened overnight and despite all efforts, he is no longer in a position to continue the race," a Team DSM statement read.

Lopez’s hold of the pink jersey is expected to be tested tomorrow, with a 147km mountain stage taking place tomorrow from Santena to Turin.

A 178km stage between Rivarolo Canavese to Cogne will take place on Sunday (May 22), before the final rest day.