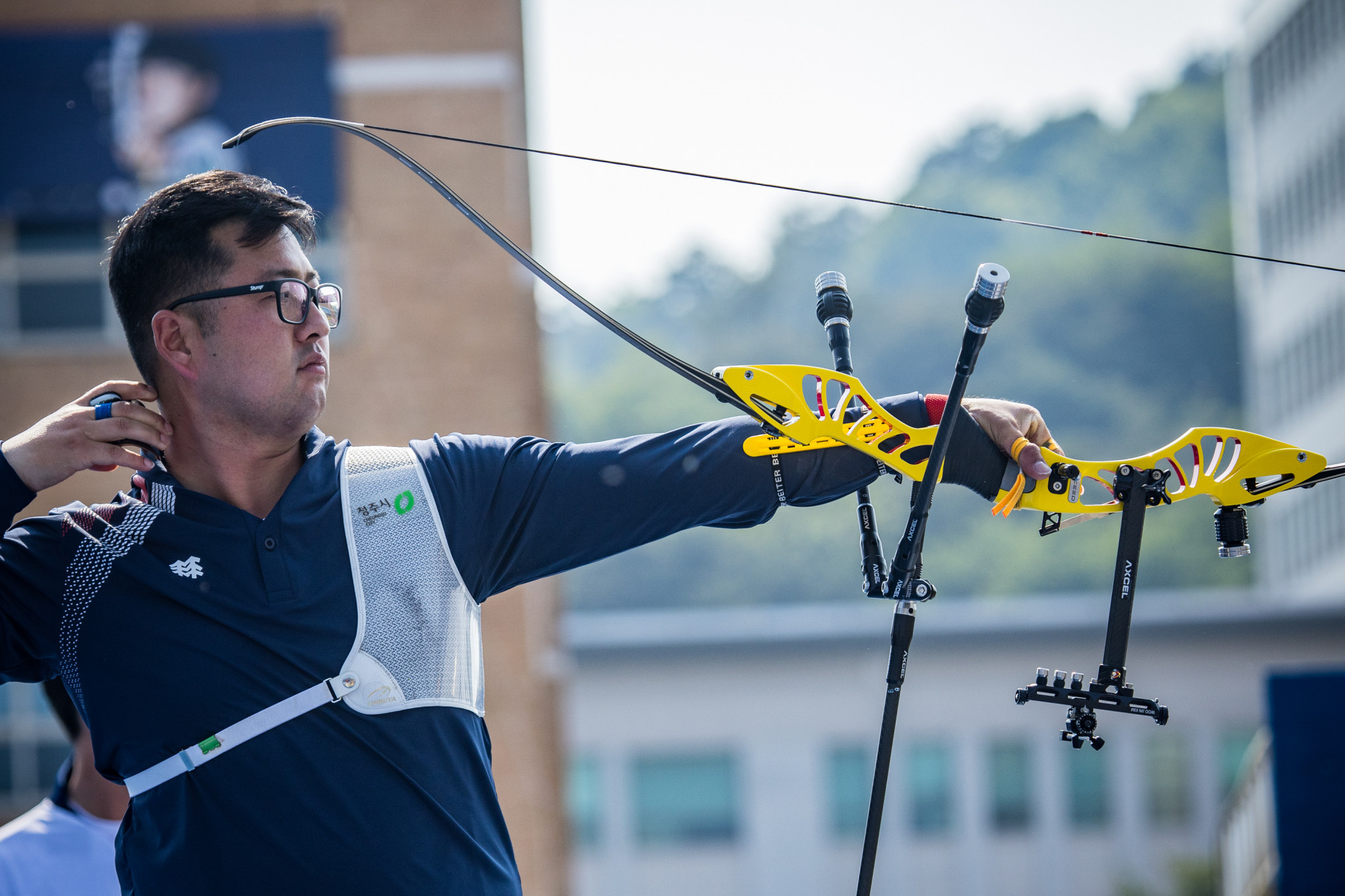 They took a 6-0 win against the US' double world champion Brady Ellison, Jack Williams, and Matthew Requa.

The whitewash scoreline gives an unfair reflection on the match for the Americans who only scored five fewer points than their opponents across the three sets, losing 57-56, 56-55, 56-53.

Turkey secured the bronze medal with a 5-1 win against Ukraine.

Ellison eventually managed to get his hands on a gold medal as he teamed up with World Championships runner-up Casey Kaufhold to beat Spain's Miguel Alvarino Garcia and Leyre Fernandez Infante 5-1 in the mixed team recurve decider.

The duel got off to a tense start as the teams shared the spoils in the first set following a 36-36 draw before the US prevailed 38-37 and 37-36 in the remaining shoot-outs.

Rick van der Ven and Olympic silver medallist Gaby Schloesser of The Netherlands made up the top three following a 6-0 victory against Slovenia's Den Habjan Malavašič and Ana Umer.

Peng was unable to secure a double as she lost 6-4 to Japan's Agu Utano in the women's individual recurve final in a match that went down to the wire.

Kim's Oh made the podium again as he beat Dan Olaru of Moldova 7-3 to win bronze.