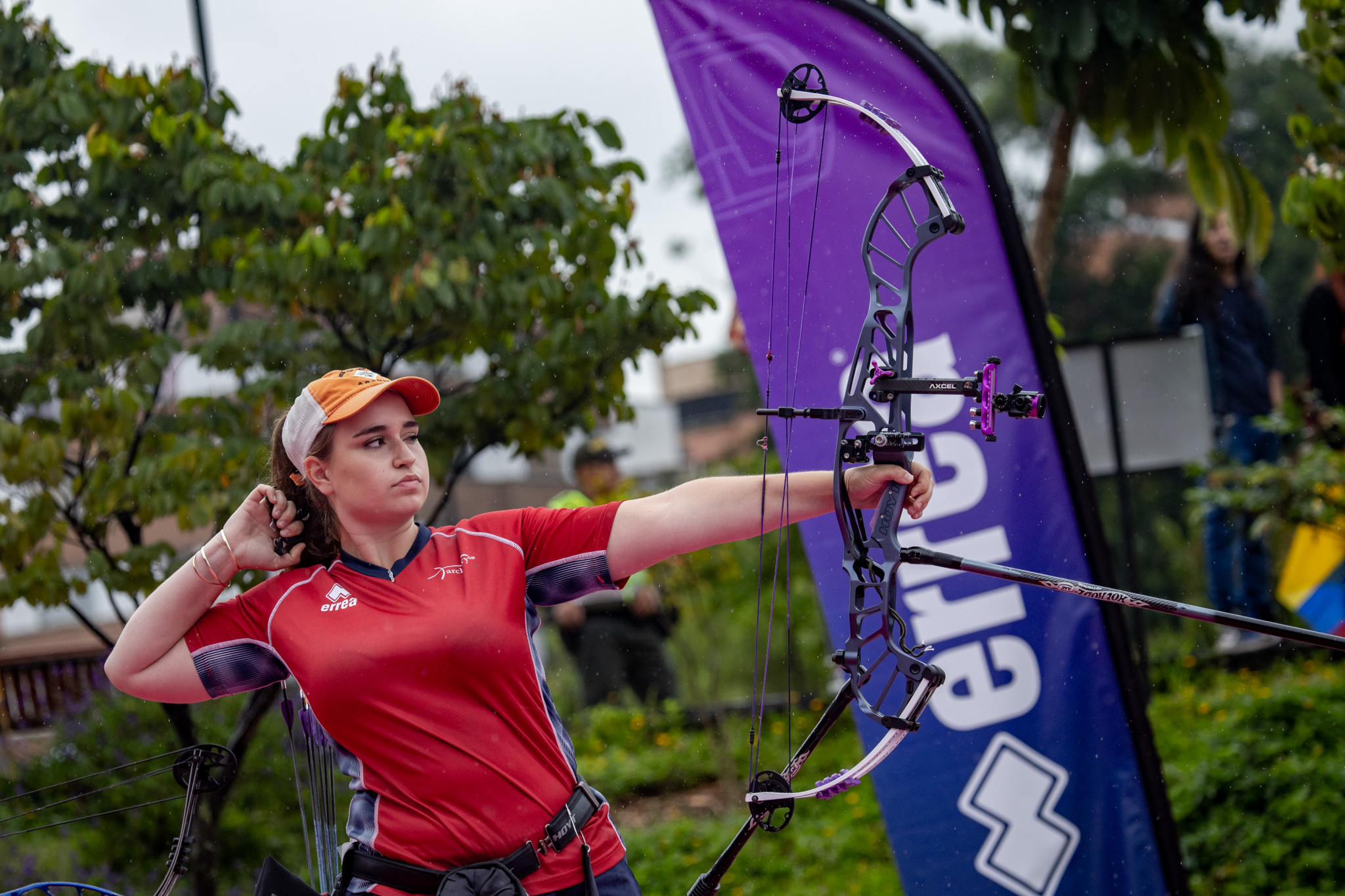 Britain's Ella Gibson and American James Lutz claimed gold medals in the women's and men's compound on the penultimate day of the Archery World Cup in Medellín.

The World Games champion Gibson defeated Sara López of Colombia, the 2021 world champion, in the semi-finals 148-146 to make the women's final.

There she faced Dafne Quintero, who won an all-Mexican semi-final 146-145 over Andrea Becerra.

Lutz made the men's final with a 147-143 win against Jean Philippe Boulch of France, while Miguel Becerra won a shoot-off against Dutch world number one Mike Schloesser to progress, after the pair finished on 148-148.

The American was dominant in the final, beating Mexico's Becerra 148-138.

Schloesser won against Boulch in a shoot-off, claiming bronze.