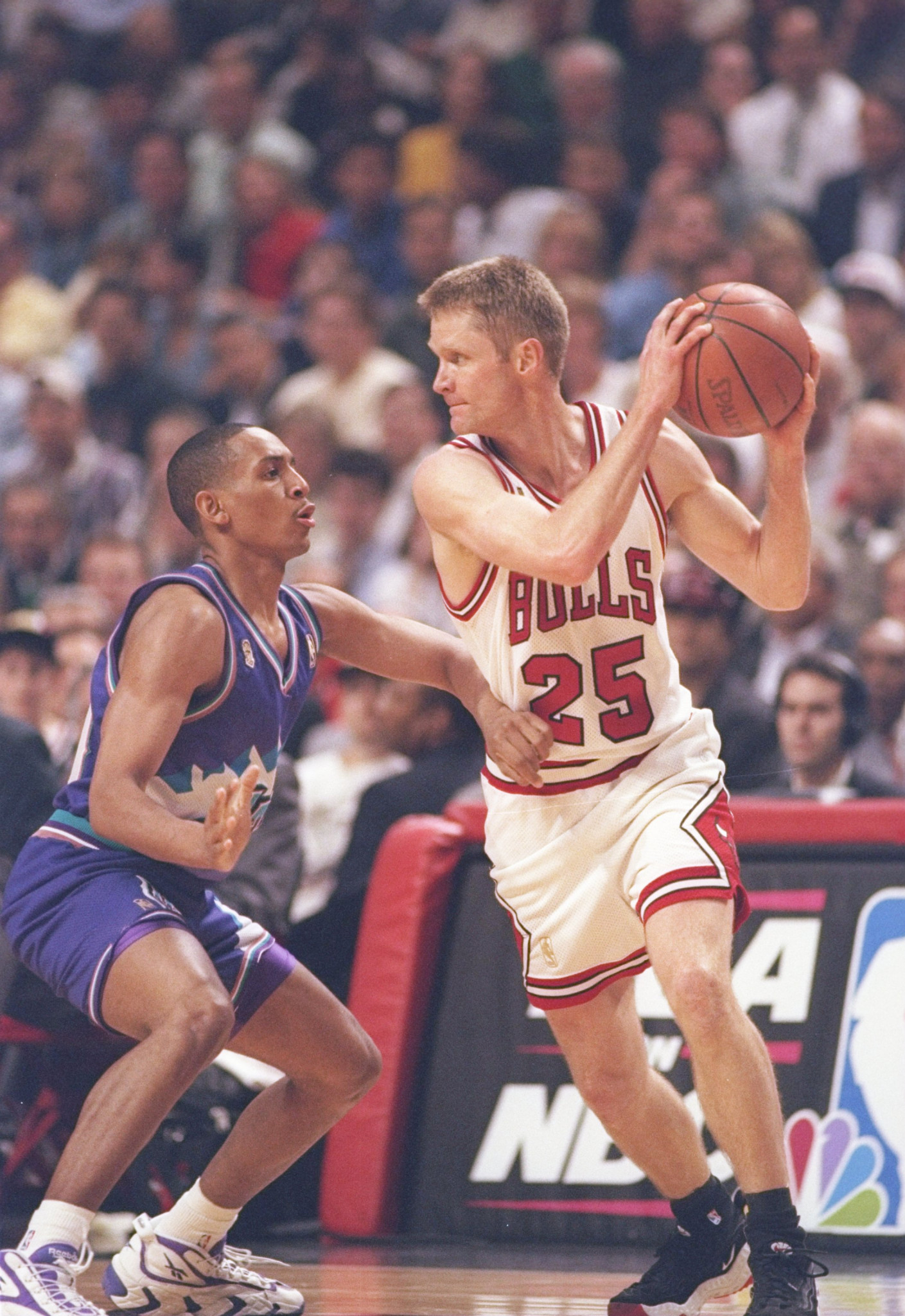 The shorts worn by Chicago Bulls guard Steve Kerr when he scored the shot which won the 1997 NBA Championship are to be auctioned off.

In game six of a possible seven against the Utah Jazz, the Bulls had one last opportunity to win the match from a point behind, with all expecting Bulls star and basketball icon Michael Jordan to take the shot.

However, Jordan passed to Kerr and allowed the rotation player to score three points to seal the title.

The Chicago Bulls dominated the nineties in NBA basketball, winning three straight titles from 1991 to 1993 and then another three from 1996 to 1998.

The Last Dance was coined by head coach Phil Jackson who called it the last opportunity for the talented team to win together, with the name now given to a documentary series on Netflix about Jordan and the Bulls.

Kerr, Jordan, Pippen, infamous player Dennis Rodman and Jackson, as well as other members of the team, all departed after the 1998 season.

The following year, the Bulls had the worst record in the NBA Eastern Conference and the third worst in the league.

On This Date: Steve Kerr silenced the Jazz with a series-winning jumper off a pass from MJ during the 1997 NBA Finals. pic.twitter.com/u6QpAktivt

Bulls and Jordan memorabilia has become increasingly popular since the airing of the documentary this year.

Kerr's shorts, which are signed, will be up for auction in the Lelands 2020 Spring Classic Auction which runs through to June 19.

They are part of the "Buzzer Beater Additions" collection of Jordan and Bulls-related memorabilia.

Among other items are some of Jordan's unseen high school basketball photos and a 1996-1997 Bulls warm-up jacket and bottoms belonging to the two-time Olympic champion.

Furniture and work-out equipment originating from his home in Chicago is also on offer, as well as a signed baseball and basketball.

After leaving the Bulls, Kerr won another two NBA titles with the San Antonio Spurs.

He is currently head coach of the Golden State Warriors, who he has guided to three further crowns.