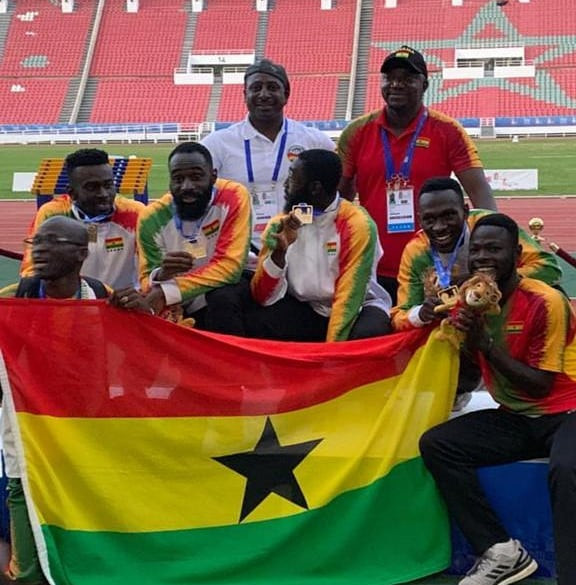 Ghana has set the target of winning its highest-ever medals total when it hosts the African Games for the first time in 2023.

Local Organising Committee chairman Kwaku Ofosu-Asare has urged National Federations to make sure they begin preparations to ensure the country is as successful as possible.

"This is the first time Ghana would be hosting the Games since its inception over 50 years ago and we need to do well on the medal table," Ofosu-Asare told sports leaders at a special meeting, the Government-owned newspaper the Ghanaian Times reported.

Ghana has won a total of 185 medals, including 36 gold, since making its debut at the first African Games in Brazzaville in the Republic of the Congo in 1965, leaving them 11th on the all-time table.

At the last Games, in Rabat in 2019, Ghana were ranked 15th on the final medals table.

They won a total of 13 medals, with Rose Amoanimaa Yeboah winning gold in the women’s high jump and the men claiming victory in the 4x100 metres relay.

Ofosu-Asare chaired a meeting of all Ghana’s national governing bodies to discuss preparations for the Games due to take place in Accra, Kumasi, and Cape Coast on dates to be confirmed.

"We are mainly interested in medals and ultimately to make a huge impression on the continent," he said.

"This is not one of the usual talk shops.

"The Federations have agreed to work with us to serve the interest of athletes, coaches, administrators and the country at large."