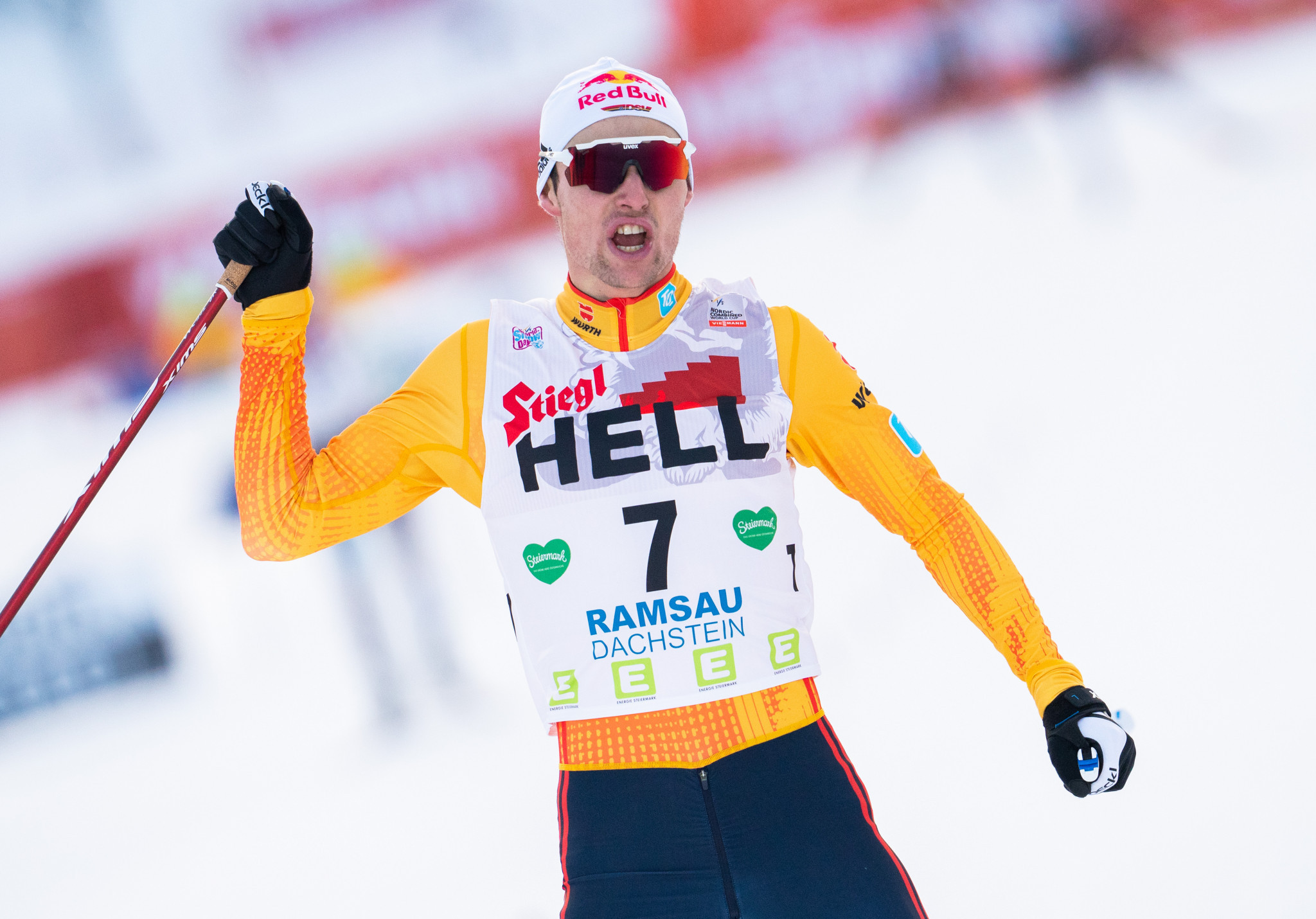 Geiger and Norway's Jarl Magnus Riiber were once again in a head-to-head battle in the final stages of the 10 kilometre cross-country race.

Riiber had the advantage going into the contest after winning the ski jump with 131.1 points.

Geiger had finished the ski jump with 127.4 points but edged past Riiber on the final stretch of the cross-country, as he did in yesterday's competition.

He recorded the winning time of 23mins 28.8secs.

The two-time World Cup winner Riiber crossed the line in 23:29.0.

Riiber remains top of the World Cup standings with 360 points, followed by Johannes Lamparter of Austria on 265 and Geiger on 251.

The next Nordic Combined World Cup event is scheduled to take place in Val di Fiemme in Italy from January 15 to 17 although there has been continued uncertainty surrounding the World Cup calendar due to the COVID-19 pandemic.