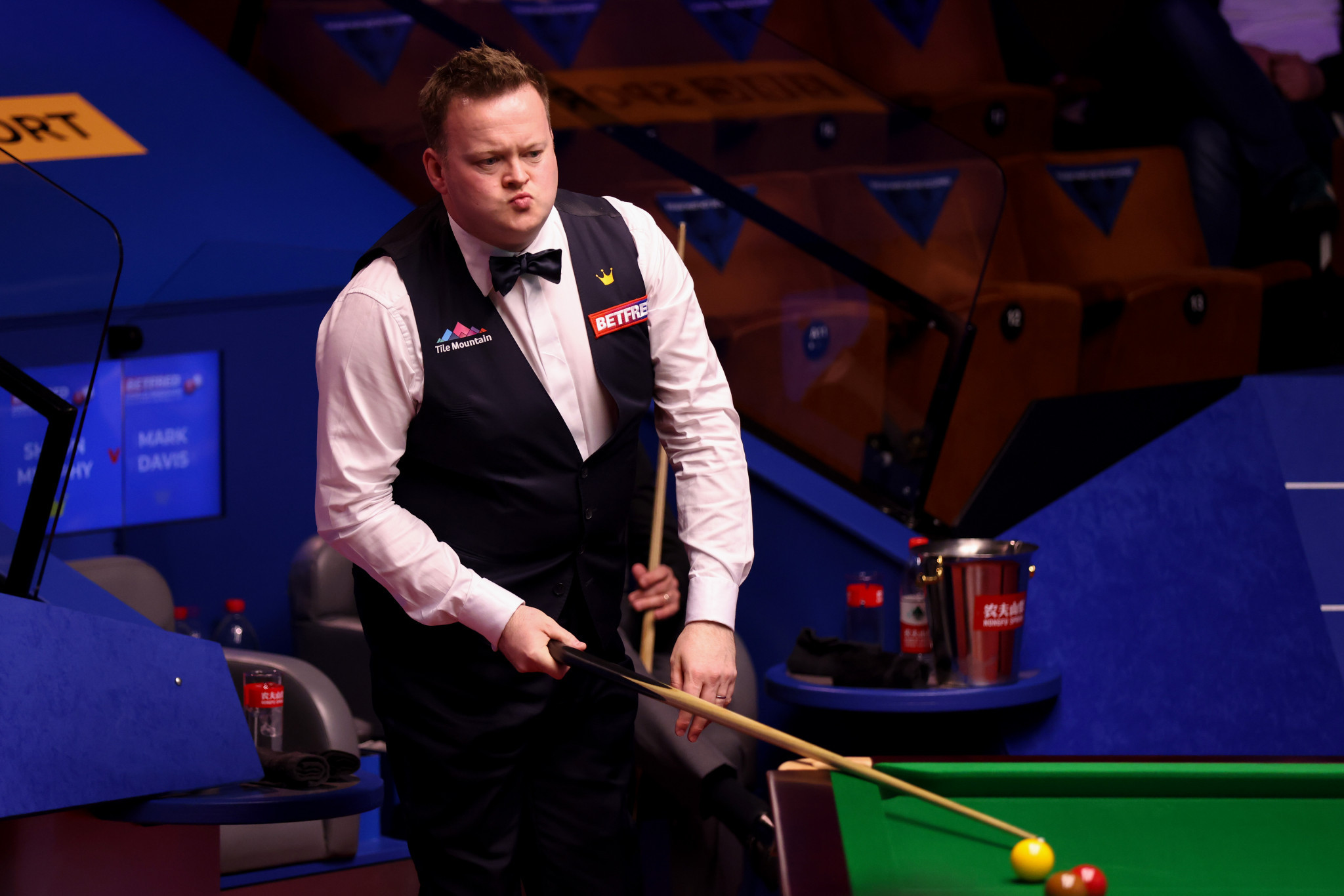 Previous winners Shaun Murphy and Mark Selby were the final two players to secure their places in the second round of the World Snooker Championship.

England’s Murphy, the champion in 2005, went into the second session of his match against compatriot Mark Davis with a 5-4 deficit.

Murphy won three straight frames to open up an 8-6 advantage which included a break of 93.

Davis cut the gap to one but missed a crucial red attempting a clearance to win the 16th frame and was punished by Murphy, who clinched victory in the next with a stylish break of 131, sealing a 10-7 win.

Selby required less than an hour’s playing time to seal victory and said afterwards he believed he was playing at "close to his best."

Two breaks in the forties helped Selby clinch a 10-1 win, with Maflin close to winning a second frame of the contest before missing the final black to the baulk corner pocket, which allowed Selby to close out the victory in emphatic style.

The first two second round matches also got underway today at The Crucible Theatre in Sheffield, England, with contests in this round played over the best of 25 frames and three sessions.

Defending champion Ronnie O’Sullivan of England ended the first session of his match with Scotland’s Anthony McGill at 4-4.

O’Sullivan had opened up a 4-1 lead before McGill fought back to level, although the most memorable moment of the session came in frame seven when McGill spurned a great chance for a maximum 147 break after missing a cut on the 13th black.

Robertson was trailing 3-2 but claimed the last two frames of the session with breaks of 135 and 76 to open up a two frame lead.

Both matches continue tomorrow, with the O’Sullivan versus McGill contest due to play to a finish, while two more second round matches, including a clash between two former champions, John Higgins of Scotland and Mark Williams of Wales get underway.