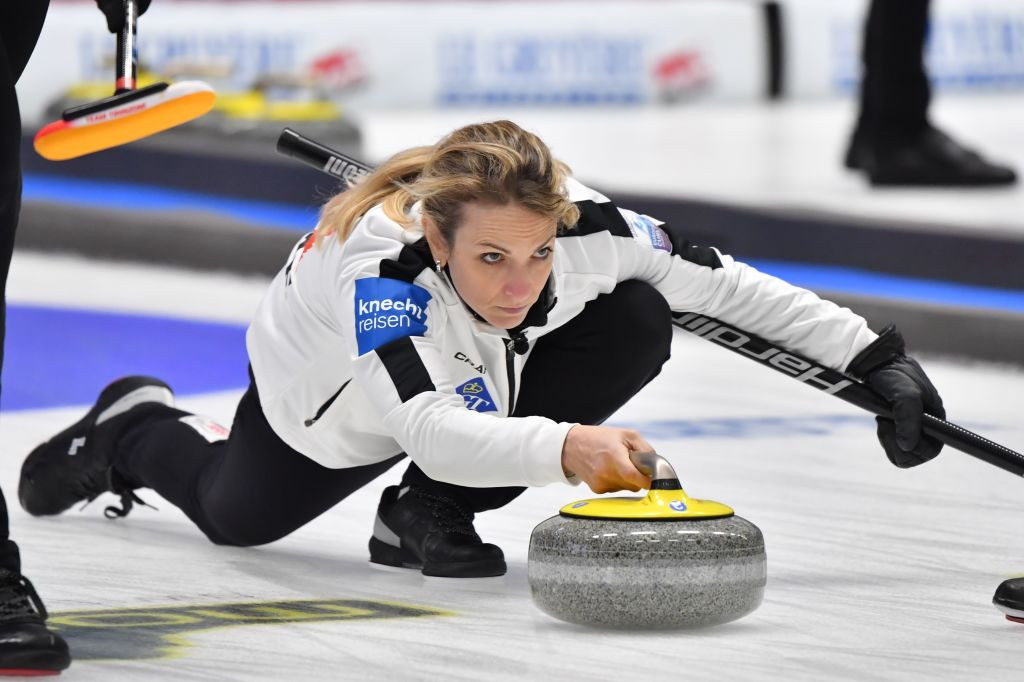 Defending champions Switzerland suffered their first defeat as the Russian Curling Federation (RCF) moved clear at the top of the standings at the World Women's Curling Championship in Calgary.

Silvana Tirinzoni's Swiss rink were beaten 8-3 by Sweden in the morning session but recovered by thrashing the Czech Republic 9-1 in the evening at the WinSport Arena.

The RCF are the only unbeaten team remaining in the tournament after they claimed victory in both of their matches to extend their winning run to nine games.

Alina Kovaleva's team edged out Japan 6-5 before sweeping aside China 8-4 to take the outright lead on the round-robin standings.

Sweden, who have played less matches than Switzerland and the RCF due to the postponement of a session because of positive COVID-19 tests among broadcasters, are third on six wins and one defeat.

The United States are fourth after overcoming Japan 8-7 but have played two games more than Sweden and one more than Scotland in fifth.

The World Curling Federation (WCF) confirmed it had extended the suspension of broadcast coverage of the event until at least the afternoon session on Thursday (May 6) due to the positive cases among broadcasters.

Coverage had been delayed until tomorrow afternoon at the earliest but the WCF has pushed its return back further to accommodate additional testing.

The WCF said those who had tested negative had returned another negative test this morning.

"The impacted individuals who have previously returned positive results will remain in isolation and continue to be medically managed by the competition medical officials with guidance from Alberta Health," the WCF said in a statement.

"The confirmation of this latest round of results, and additional work on contact tracing, allows the broadcast team and medical officials to progress to the next stage of discussions around a managed return to the competition with an adapted TV production setup.

"Additional testing is still required and to accommodate this, broadcasting for the remainder of Wednesday and the Thursday morning session have been cancelled."