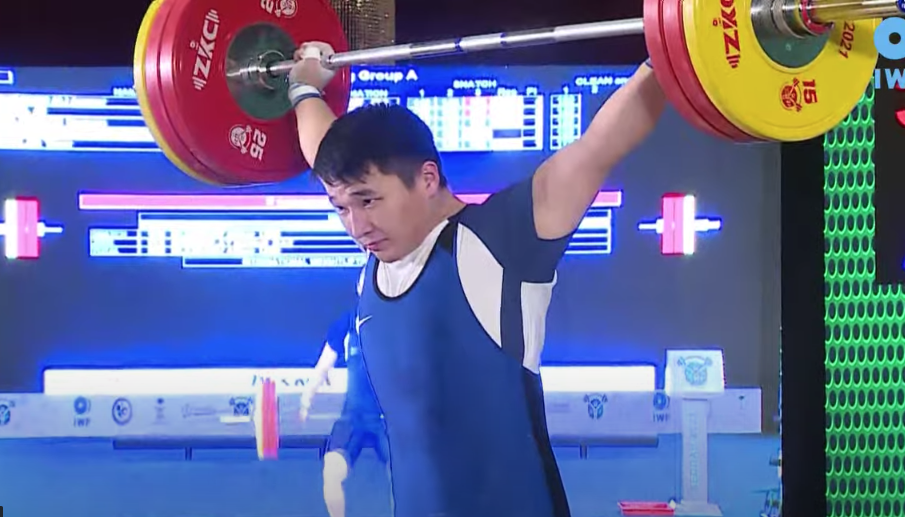 As well as being the strongest team, Russia had one of the outstanding individual performers of the championships in 17-year-old Zarina Gusalova in the women’s 71 kilograms category.

Russia entered a team of 17 athletes and had six champions, four more than any other nation.

Added to their table-topping efforts at the recent European Junior and Under-23 Championships, it suggests that Russia is building a strong team for the future, having suffered in recent years because of its doping-tainted past.

Maxim Agapitov, President of the Russian Weightlifting Federation, told insidethegames: "The new generation of Russian athletes performed triumphantly at the championship in Jeddah.

"I believe that there is also my merit in it as the head of the Russian Weightlifting Federation. We have done a lot of work to combat doping, carried out the necessary reforms.

"I'm sure Russian young athletes have a great future in clean sport, especially with such a strong coaching staff, like we have today. Way to go!

"I welcome strong athletes from other countries, the fight for medals is going on at the highest level. New world stars are being lit in front of our eyes.

"The organisers of the championship deserve the highest ratings. Saudi Arabia has become a new (host) country, which conducts international tournaments at the highest level."

The third female winner for Russia was Milana Kutiakina in the 55kg.

The United States, the only country with a maximum team of 20, was one of four nations to win two golds in total, the others being Colombia, Thailand and Kazakhstan.

Kazakhstan had a 100 per cent record as it entered only two athletes, the multiple champion Rakhat Bekbolat and the women’s super-heavyweight newcomer Rafina Chalkarova, who made a total of 247kg.

The first American winner was 17-year-old Estep, a former gymnast who overcame a serious back injury six years ago but still has to undertake a rigorous warm-up routine to remain pain-free.

She finished 26kg clear of her nearest rival as she made 89-109-198, setting world records in snatch and total.

Estep’s six-from-six effort was arguably the top effort by a female, as her total was 17kg higher than the winner in the heavier 59kg category and only 10kg below the winning mark in the 81kg category.

She came within a few grams of lifting twice her own bodyweight in the clean and jerk.

Morris was 3kg behind after the snatch, in which Kaan Kahriman of Turkey set a youth world record on 123kg.

But the American pulled well clear in the clean and jerk, lifting more than two and a half times his bodyweight to finish 12kg ahead of Kahriman.

He set world records in clean and jerk and total.

There was also a snatch world record for the Indonesian Adi Nugroho with 111kg in the men’s 55kg.

Nugroho then failed with all three clean and jerk attempts at 127kg twice and 128kg, two of them overturned from good lifts by the jury.

As he had made 140kg in training Nugroho might have challenged Angel Rusev’s world record total of 248kg with a better start in the clean and jerk - but he finished without a total.

That left Patsaphong Thongsum of Thailand in first place on 99-124-223.

His team-mate Weeraphon “Wave” Wichuma won the 67kg with 128-160-288 and for once Thailand finished a championships with two golds for men and none for the women. Most of their past successes were achieved by women.

Senior lifters from Thailand are still unable to compete because of a doping-related suspension that will be lifted either next year or in 2023, depending on whether there is an identifiable "change of culture" in the sport.

The brilliant Kazakhstan lifter Bekbolat won again with a six-from-six effort, though this time he did not need to match his previous record-breaking numbers to claim a third world title.

That was 31kg lower than his best total this year but was still the highest by anybody in Jeddah, including the super-heavyweights.

Iran also picked up medals in the women’s events for the first time.

Yekta Jamili, at 81kg, finished ahead of a Russian but was beaten into second place by Natia Gadelia, a rare female world champion for Georgia.

Arguably the best youth lifter in the world, the 17-year-old Bulgarian Karlos Nasar, was training in Belmeken rather than competing in Jeddah as his big target is the senior 81kg world title in Tashkent, Uzbekistan in December.