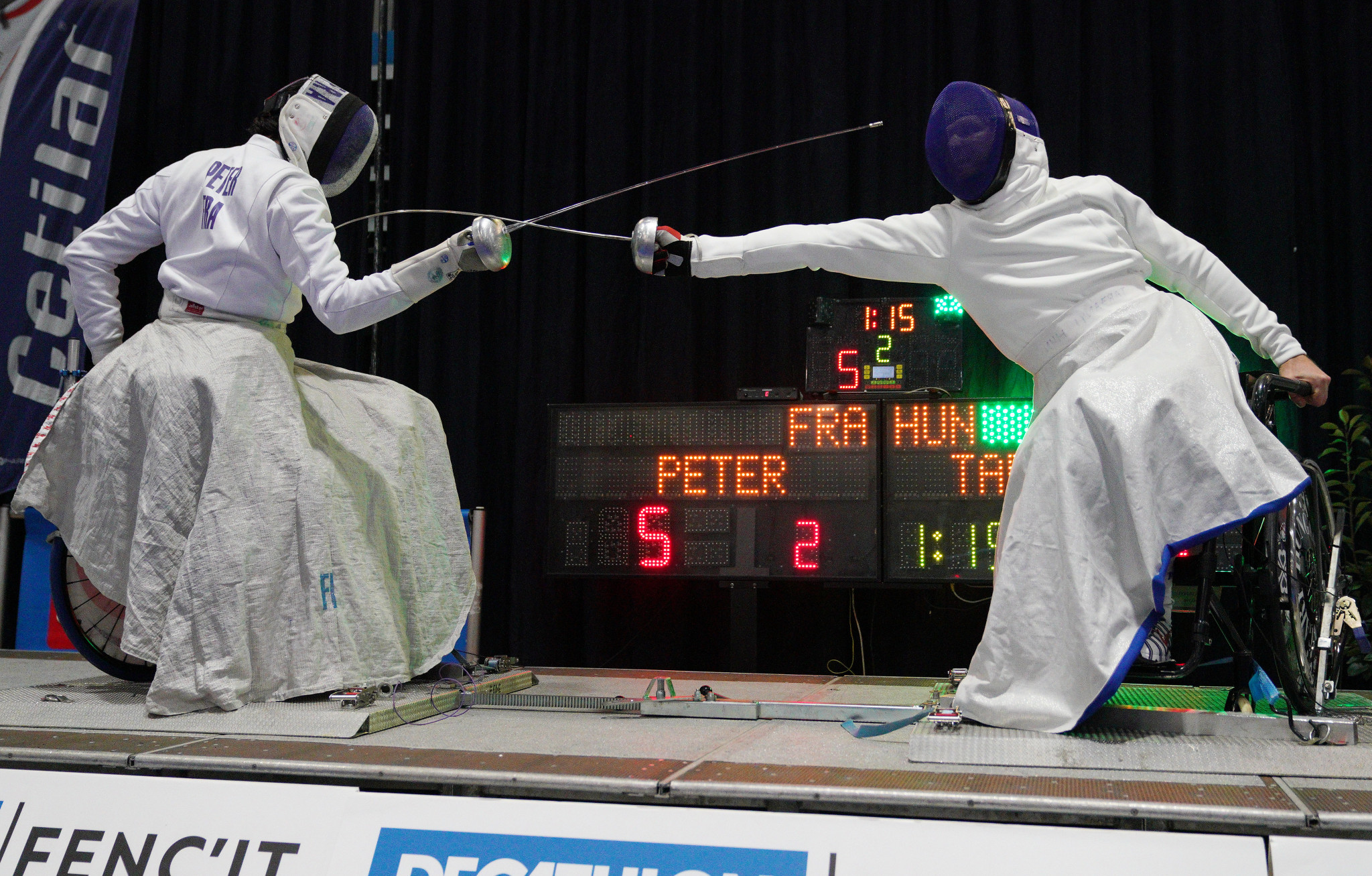 Hungary came out on top after the first day of action at the International Wheelchair and Amputee Sports Federation Wheelchair Fencing World Cup, winning two golds in Pisa.

Facing Italy's Matteo Betti in the final, Osváth, who had established a seemingly unassailable 13-8 lead, allowed Betti back into the contest, before securing the winning point and a 15-13 victory.

Istvan Tarjanyi secured Hungary's second gold of the day in the men's épée category B.

Tarjanyi defeated Poland’s Kamil Rzasa in the final to claim the title.

Other titles on the opening day of action went to Belarus' Kristina Fiaklistava, who won her first World Cup gold in the women’s épée category B, and Poland’s Kinga Dróżdż in the women’s sabre A.

Dróżdż was one of the favourites for gold entering the Tokyo 2020 Paralympics but returned home from the Japanese capital without a medal.

She made amends here, defeating Georgia’s Gvantsa Zadishvili 15-8 in the final.

Competition continues tomorrow with the men’s and women’s épée category A, the women’s sabre category B and the men’s foil category B.