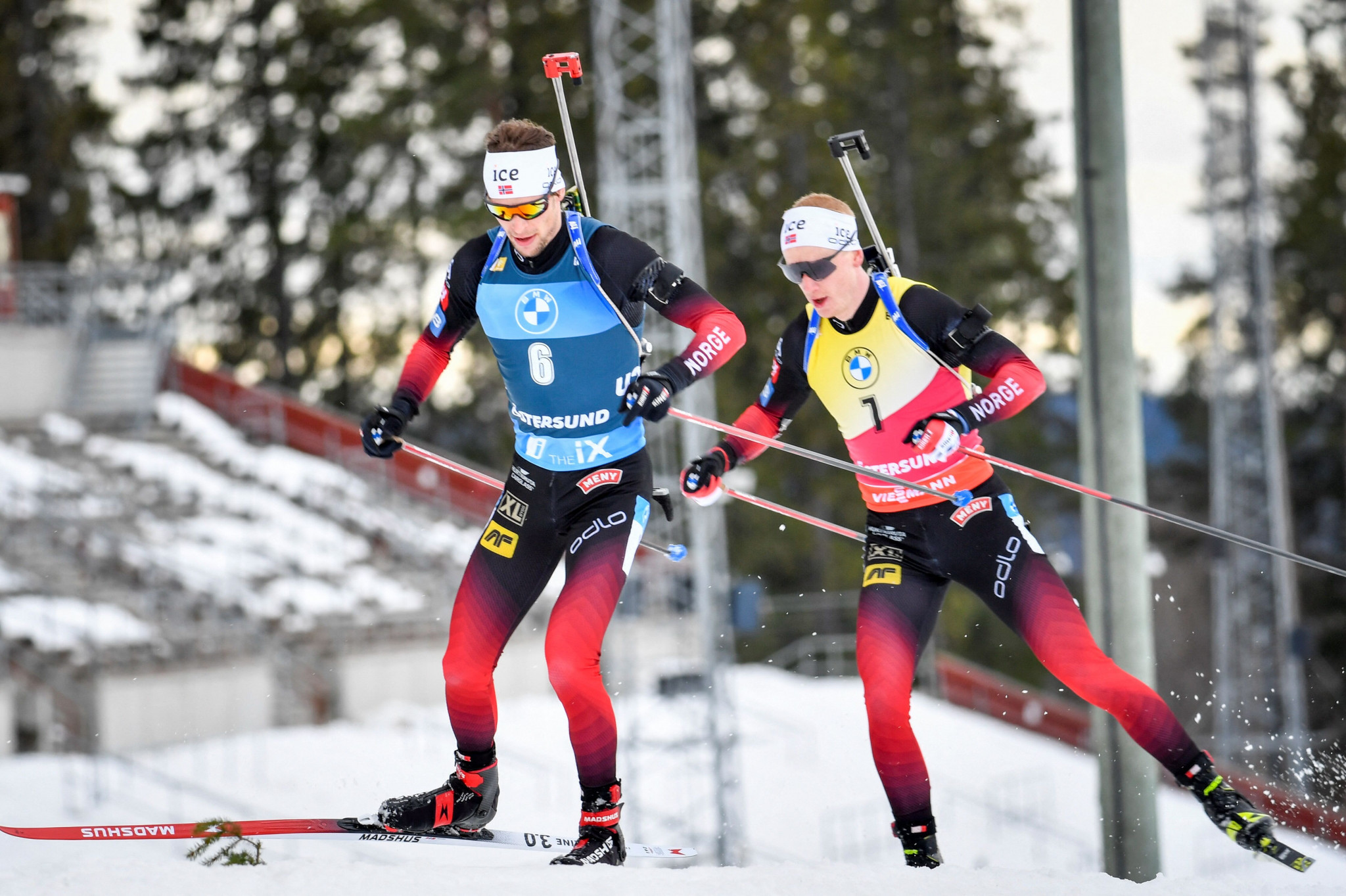 Norway’s Sturla Holm Lægreid defeated title rival and compatriot Johannes Thingnes Bø in the men’s 12.5-kilometre pursuit event to set up a grandstand finish to this season’s Biathlon World Cup in Östersund in Sweden.

Lægreid came from a minute behind before producing a clean last shooting round in the standing stage to record a winning time of 32min 40.5sec with two penalties.

Bø was 22.6 behind in second with three penalties, while Italy’s Luka Hofer, who won yesterday’s 10km sprint, was 32.4 further back in third with four penalties.

The result means Lægreid wins the pursuit title, his second trophy of the season after clinching the individual crown.

It also sees Lægreid get within just four points of overall leader Bø with just one race left in the 15km mass start, scheduled to be held tomorrow.

"It was very nerve-wracking and I completed a good race.

"I cannot think of the [crystal globe] because then everything must fall tomorrow as well.

"We will see how it ends in the end."

Bø leads the men's overall standings on 1,038 with Lægreid second on 1,034 and Frenchman Quentin Fillon Maillet third on 915.

The moment when you're being told you've won another globe 🏆😍https://t.co/bk5aBBso9Q | #ost21 pic.twitter.com/O6WvW8YlCw

Røiseland registered four penalties, all coming in the two standing stages, but did enough to clinch victory in a time of 32:54.8.

Eckhoff also chalked up four penalties to finish 29.3 behind her rival, while Hanna Sola of Belarus was 44 seconds adrift in third with five penalties.

"I think my tactic was good to just shoot and not wait," said Røiseland, who was celebrating a third win of the season.

"I was not the best shooter today but I tried to be offensive.

"I had no time to lose on the shooting range so that was good.

"I missed this so much.

"I have not won a race since before Christmas so it was about time.

"It was so good and I am so happy that I made it so close to the end of the season."

Eckhoff holds an insurmountable lead of 1,139 points at the top of the overall standings with Røiseland second on 963 and Sweden’s Hanna Öberg third on 824.

The season is set to conclude tomorrow with the men’s and women’s mass start competitions.