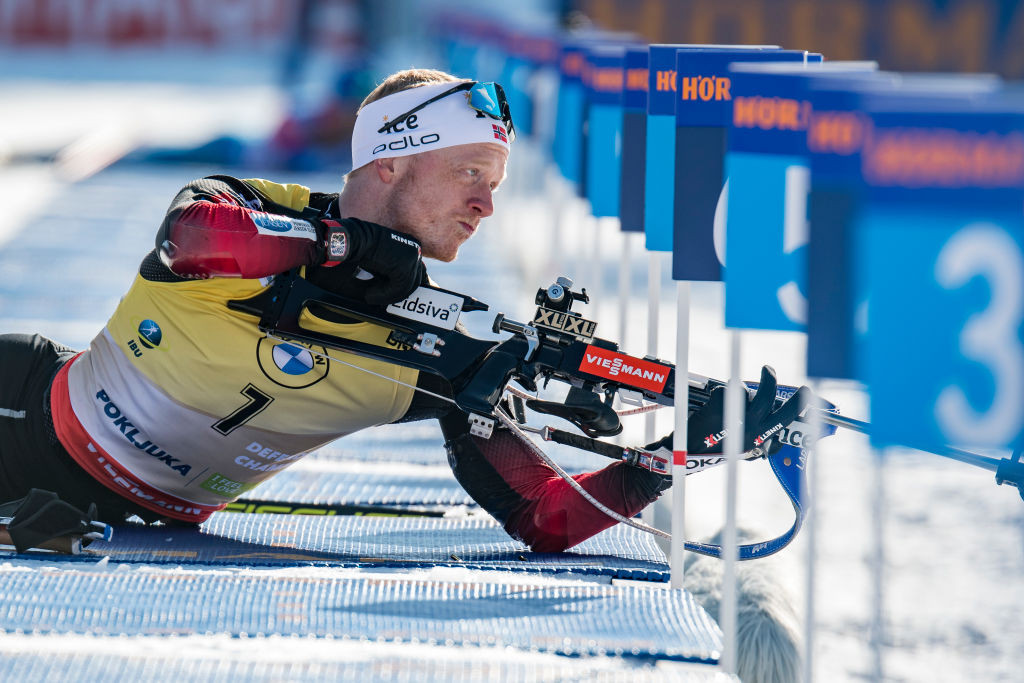 The cry of joy let out by Johannes Thingnes Bø as he took third place in the concluding Biathlon World Cup race of the season at Östersund in Sweden - the men’s 15-kilometres mass start - announced that he had done enough to win his third consecutive overall title.

The 27-year-old Norwegian, who has Olympic gold and two silvers along with 12 world golds, had gone into this wind-delayed concluding contest with a lead of just four points from his compatriot Sturla Holm Lægreid, who had set up a grandstand finish by winning the previous day’s men’s 12.5-kilometres pursuit.

"I have never seen anyone so happy with a third place!" said stadium announcer Kjell-Erik Kristiansen.

"I have no words to describe how relieved I am and how happy I am!" Bø said.

"I have no words to describe how relieved I am and how happy I am!" ☺️https://t.co/bk5aBBso9Q | #ost21 pic.twitter.com/MtX8LfF4xa

Laegreid, with one penalty, was fifth, seven seconds behind Bø, on a day when France’s Simon Desthieux earned his second World Cup win.

Desthieux moved past Russia’s Eduard Latypov with 1500 metres remaining to add to the title he won a few weeks back in Nove Mesto in 35min 43.7sec.

The women’s 12.5-kilometres race provided more success for Norway - but not this time through Tiril Eckhoff, who had won the World Cup women’s overall title a week earlier, becoming the first Norwegian woman to do so since Tora Berger in 2013.

On this occasion the Norwegian who rose to the challenge was Ingrid Landmark Tandrevold, who celebrated all the way over the final 50 metres of what was her first World Cup victory, which was enough to earn her the Mass Start Score Crystal Globe.