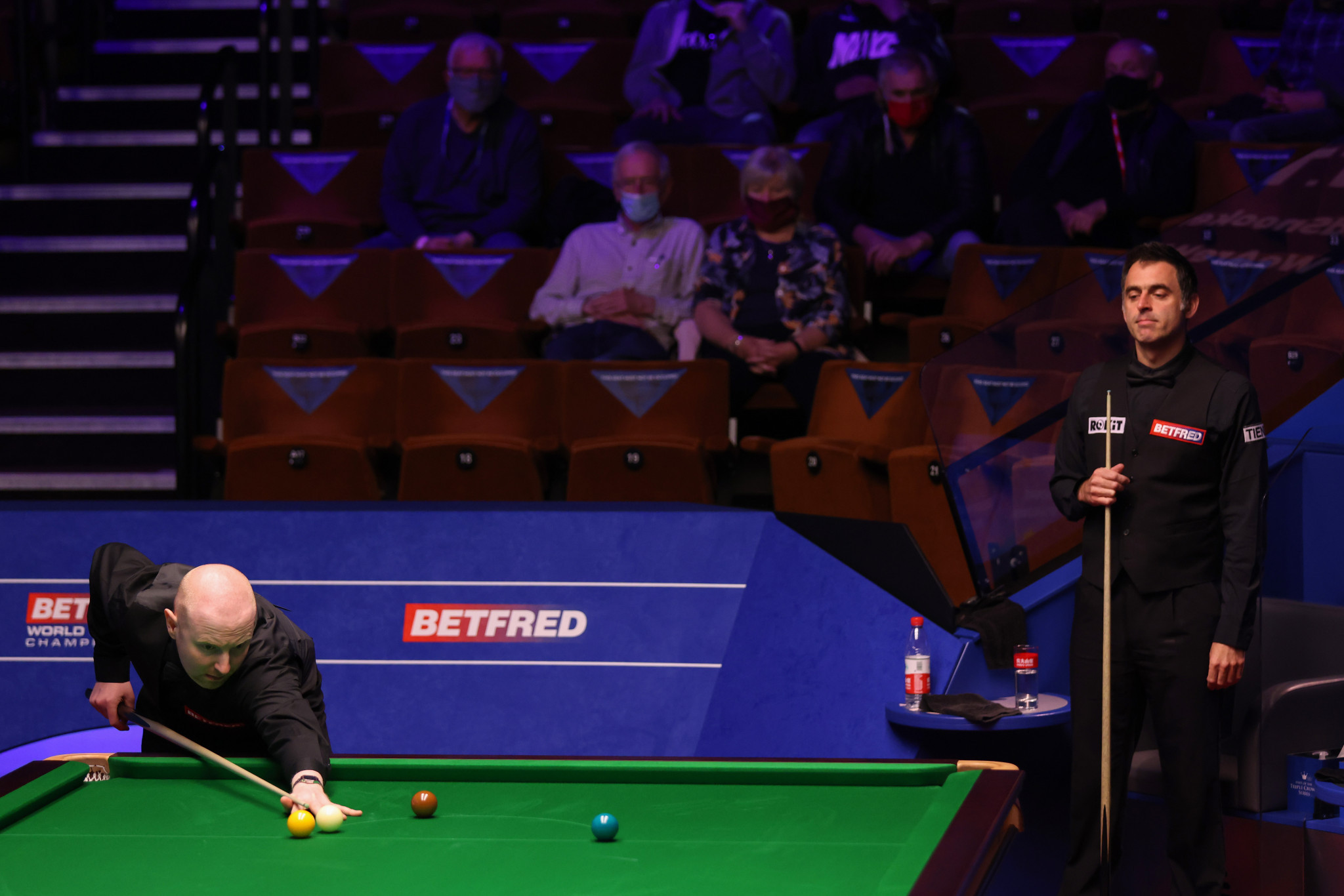 There will be a new name on the World Snooker Championship trophy this year, after the holder Ronnie O’Sullivan was knocked out by Anthony McGill in a dramatic deciding frame at the Crucible Theatre in Sheffield.

England’s O’Sullivan, who was aiming to win a seventh World Championship title, started the day tied at 4-4 with his Scottish opponent, who lost in a deciding frame in the semi-finals last year to another Englishman Kyren Wilson.

McGill started the second of three scheduled sessions this morning strongly, winning the first four frames of the day to open up an 8-4 lead, a run of seven successive frames in the match.

The remaining four frames of session two were shared, with McGill hitting a further century as he opened up a 10-6 lead heading into the conclusion of the contest in the evening.

O’Sullivan lived up to his nickname of The Rocket in the final session as he got off to a flying start which saw him take five straight frames and the lead at 11-10.

The defending champion opened up a 12-11 lead but then McGill’s fighting spirit, which earned him many admirers during his run to the last four at last year’s event, came to the fore as he rattled off a break of 136 to force a decider.

O’Sullivan got in first but missed a straightforward red allowing McGill a chance, which under extreme pressure he took as he cleared the colours to secure victory which he marked with a rare show of emotion in the form of a celebratory roar after potting the crucial ball.

Robertson started the day with a 5-3 lead and ending the session with a 9-7 advantage as the eight frames were shared.

A high quality second part of the session saw three centuries in four frames, with Robertson making contributions of 137 and 113 while Lisowski fired in a break of 116 to remain in touch.

The first two sessions were played today in an all England affair between Barry Hawkins and last year’s runner-up Wilson.

The first session ended 4-4 before Wilson took charge in the second to open up a 9-7 advantage.

The day’s other match was a repeat of the 2018 final between two former multiple world champions John Higgins of Scotland and Mark Williams of Wales.

A high-quality contest between two experienced campaigners saw Higgins open up a 3-1 advantage but Williams roared back after the interval reeling off four straight frames, including breaks of 101 and 91, to take the overnight lead after the first session.

The tournament is being played in front of spectators as part of the United Kingdom Government’s Events Research Programme, and is the first indoor sporting event in the country to welcome fans back this year.

Action is taking place in front of what is scheduled to be gradually increasing crowds during the course of the championship, with the hope of a full capacity for the final, scheduled for Sunday May 2 and Monday May 3.

Organisers today said tickets for what is due to be the fourth and concluding session of the final have "virtually sold out" and that tickets were selling well for the other three sessions.