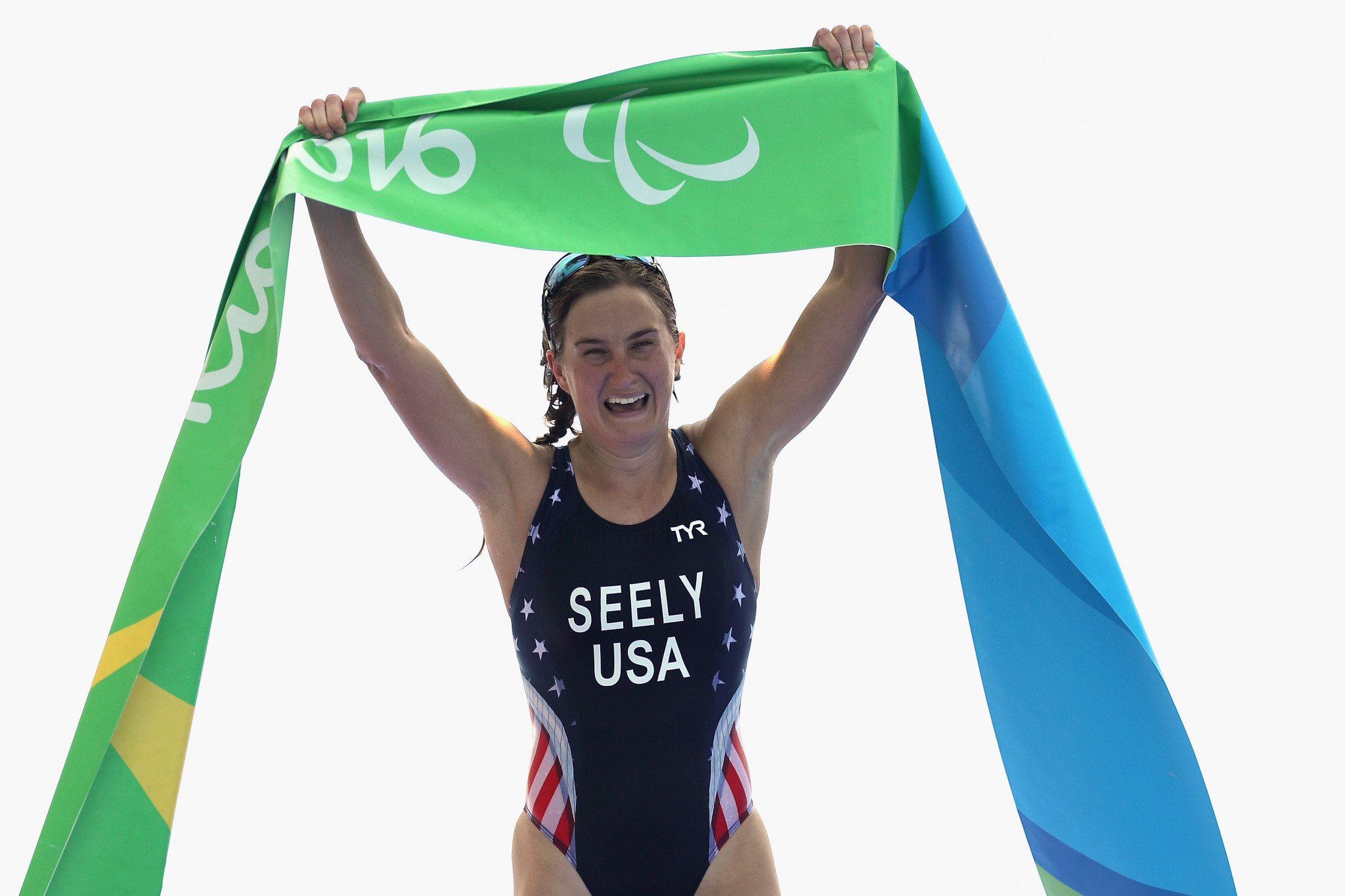 Allysa Seely will be one of five returning champions seeking a second Paralympic title as Tokyo 2020 triathlon competition takes place at the Odaiba Marine Park over the next two days.

Seely led a United States clean sweep of the podium at the Rio 2016 Paralympics in the women’s PTS2 event.

The American was followed across the line by team mates by Hailey Danz and Melissa Stockwell - this year's flagbearer.

All three medallists feature on the start line of tomorrow’s race, where they will be joined by Britain’s Fran Brown.

Brown heads into the race as the world champion, after winning gold in 2019 before the COVID-19 pandemic struck.

The Briton has admitted her build-up has been impacted by COVID-19 restrictions, which has led to a reassessment of her expectations in Tokyo.

"It has been a busy few months getting back to swim fitness as well as transferring my run and bike outside again after spending so long indoors in 2020," Brown said.

"I had to shield during the pandemic so did not leave the house for 12 months.

"I was able to run on a treadmill and ride on the indoor trainer, but I didn't swim between March 2020 and May 2021, when I was fully vaccinated.

"I had to switch my mindset from one of optimal build up to maintenance training last year, and then transfer all the indoor training outside from May this year once it was safer.

"I take each race as a standalone event and aim to perform to my best ability on the day with what my build up allows.

"The disrupted 2020 season has reset my expectations for these Games and I just hope to be able to enjoy standing on the start-line with my competitors again after such a long time apart."

The women’s PTS2 event will be one of four triathlon races held tomorrow, along with the men’s PTS4 and visual-impairment races for men and women.

The second day of Para triathlon will feature the men’s and women’s PTWC races.

Jetze Plat will compete in the men’s event as he bids for a second Paralympic gold medal in the sport, with the Dutchman also scheduled to contest cycling road and time trial events.

Plat is the reigning world champion in all three events.

"I’m defending my Paralympic title in triathlon, but gold in hand biking is high on my list of priorities as well," he said.

"It will certainly be a tough couple of days, but that's what I got myself into."

Schulz and Norman will be in action in the men’s and women’s PTS5 events, which will be the final races on the sport’s programme.