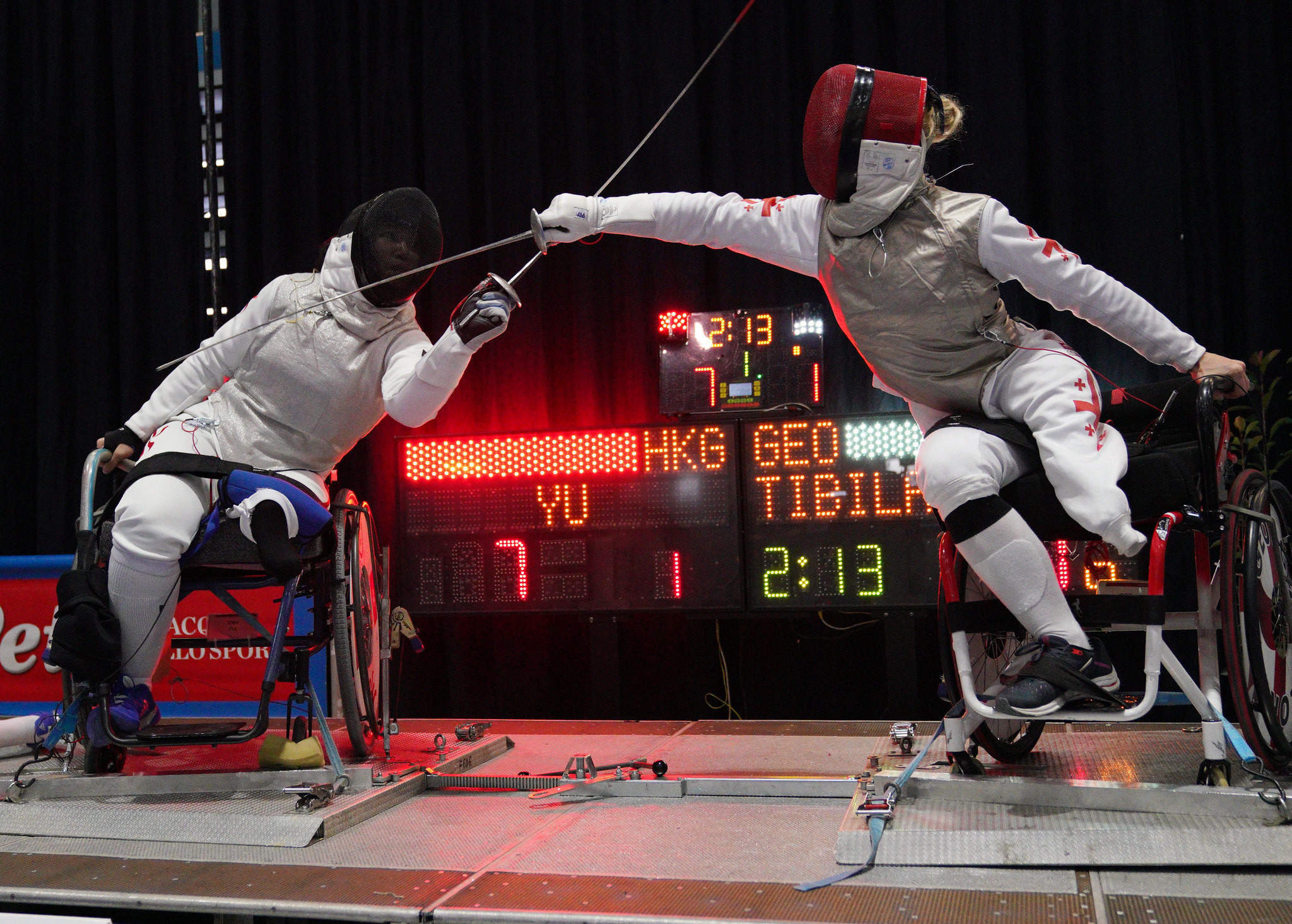 Khetsuriani, who won the equivalent sabre event yesterday, overcame Hong Kong's Nga Ting Tong in the final - although second place is the Hong Kongers' best solo result at this level.

Edoardo Giordan secured gold for the home nation in the men's category A sabre, seeing off 22-year-old German Maurice Schmidt in the final.

This is the last IWAS Wheelchair Fencing World Cup of 2021 and it is due to conclude tomorrow.